We were fortunate enough to be a part of the 100,000 plus people who witnessed the long awaited Eraserheads Reunion Concert, The Final Set Live! held yesterday at the Mall of Asia Concert Grounds in Pasay city, Manila. The crowd was shocking. I never expected that it will hit big time. Right after my work at around 3 in the afternoon, we hurriedly went at the location. We arrived there at around 7pm, just right for the concert because it was scheduled to start by 8pm. Since the tickets were way too costly, and we cannot afford to have the VIP tix, we just positioned ourselves just right in the upper half of the crowd. We got the Silver-A ticket which is around PhP1,300. It's still far from the stage, and in fact you can barely see the stage, good thing big projector screens were everywhere.
Here's a panoramic shot of the location during the concert.
Click on image to view full size shot. (Photo credits from www.eheadscountdown.com) 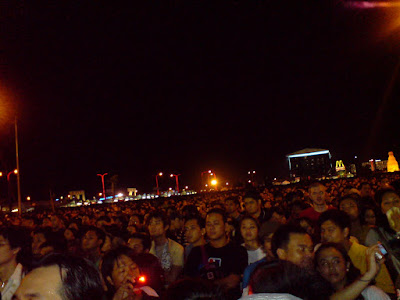 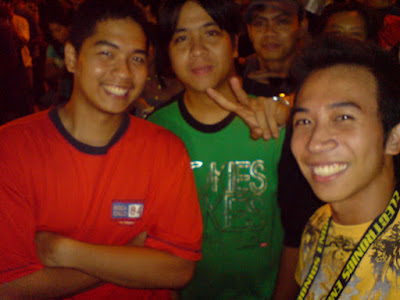 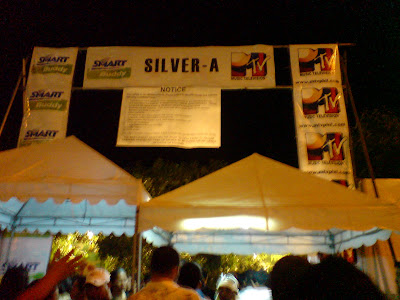 Just as expected, the countdown started at exactly 8 that night. It was very unusual and unexpected because the crowd waited for the usual number countdown. But it never happened here because the countdown started at letter 'Z' alphabetically down to the inverted letter 'e', one of the band's trademark. The crowd went crazy during the fireworks display and even more crazy when Ely Buendia, Raimund Marasigan, Marcus Adoro and Buddy Zabala were hit by the spotlight. To admit, I had goosebumps during their appearance.
Almost everyone were screaming at the top of their lungs when the band started singing 'Magasin'. Followed by another, and another, until everyone was indulged in singing with the band. There were several breaks and mellow songs probably because Ely Buendia was now more concious of his health condition. Most of the time ely was relaxed and sitting. Just to give break to Ely, the members also had their owm vocal performances. It was all fun. They still have the charisma after all these years. 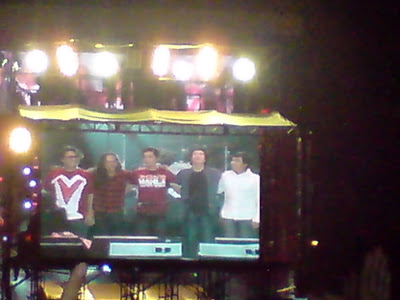 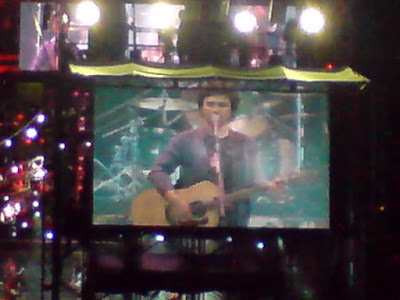