Robotics is one of the greatest innovations ever discovered by human. Numerous applications of robotics have been developed which greatly helped in the working processes of different industries. This notion shows one of its applications - color following, which can be of a great aid in manufacturing and industrial companies. This project design is entitled "Microcontroller Based Remote Controlled Color Follower Robot for Industrial Navigation".
This is the actual prototype. 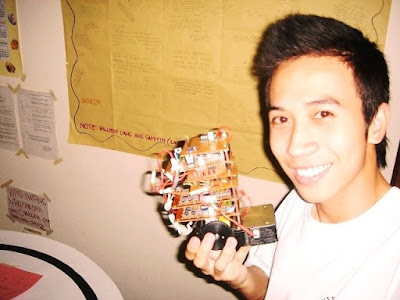 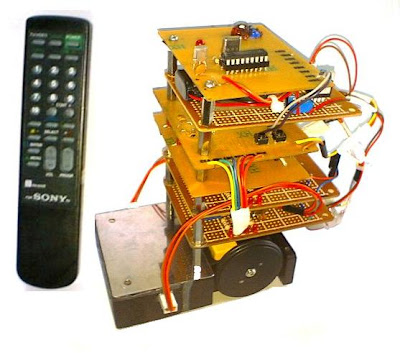 See more photos on my multiply.
The study contains several ventures, first is the selection of the right motor that will provide the appropriate speed and torque of the robot. It also includes the construction of the robot itself and its components as well as the training of the OPT-101 IC sensor, a sensing device which is dependent on the light it reflects. Furthermore, the assembly of a program for the PIC16F84A microcontroller, that will enable the robot to follow a certain color specified by the user. And finally, the utilization of an IR remote control, that will automatically control the robot to follow a specific color. The robot follows five different colored papers that is black, blue, beige, peach and white; which is a lot better from the previous developed line-following robots which only follow black and white and does not utilize the remote control.
The idea behind the color-following robot is to that different shades of colors will be stored in the robot's memory by allowing the OPT-101 to sense the colored papers with the help of the precise light source. And then, the OPT-101 will reflect a certain amount of analog voltage. This voltage will then be converted into a digital signal by the analog to digital converter, which will be used subsequently as the basis for the microcontroller to control the navigation of the robot. IF the value is on the specified region of color, then the color is automatically identified. Otherwise, the color is not detected, and eventually the microcontroller pilots the robot to seek for the right value and tape color.
The Inventors 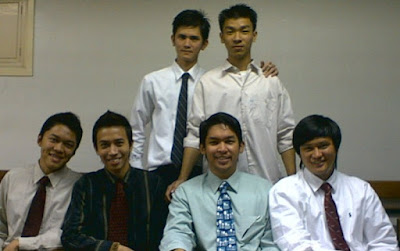