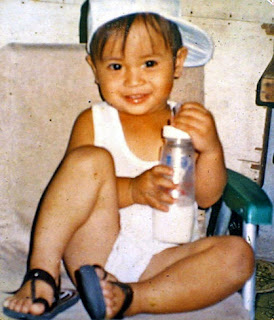 Once upon a time on an upbeat Sunday morning of 1986 - it was around 7 in the morning, the 12th day of October, a young, healthy baby boy was destined to be squeezed out. His parents Frank and Ofelia together with their two older kids, Michael and Donna, were extremely overjoyed that day.

The whole town then was so frenzied celebrating for the Fiesta La Naval. It's as if everyone was rejoicing for the birth of the young prince. That day was unforgettable for the David family as it was then their youngest was born. The couple decided to name their little angel Francis, following the father's name Francisco. However, their only daughter who's just 8 then, objected and suggested instead to name her baby brother, Jaypee. And thus, he was named Jaypee (a simple and effortless name that is. laughs!).

Now, almost 20-x years have passed, all grown up, a young professional, God-fearing, a friend for many. And that young boy happens to be me. :)