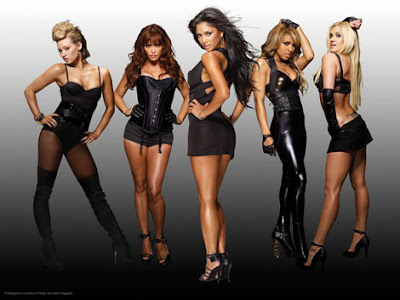 The recent Doll Domination, The Pussycatdolls concert live in Manila was again a huge success. It was held at the SM Mall of Asia concert grounds last June 11. The number one all female group in the world has again made another music history in the Philippines. They performed most of their hits like Buttons, Stickwitu, Don't Cha and their newest hit Jai Ho (A Hindi expression which means victory or May you be victorious.), just to name some.

Fil-Am front lead Nicole Sherzinger, along with the girls were really so overwhelmed with the huge crowd and they never expected the audience to be that smokin. One member, Jessica, however, was not there because of a minor accident that caused her a back injury and a broken rib. It's the second time that they performed in the Philippines and fans here surely are so proud to have a Filipina lead singer in this famous girl group. Until next time girls.