SM City Pampanga can now be officially called a bloggers' hub because the mall is now a big wifi hotspot. We were a part of the bloggers and mall shoppers who graced the soft launching last Saturday, June 27, 2009 thanks to my former college professor and former dean, Engr. Roman Palo, who is now the mall manager who invited us to take part in the gathering.

I think this is a very good way to promote the mall and to attract more shoppers because anyone can bring their laptops or Wi-Fi enabled handhelds with them and enjoy free unlimited internet browsing.

Mr. Palo who have worked for an SEO (Search Engine Optimization) company for quite a long time encouraged us to establish an organization of bloggers here in Pampanga where we can organize writing-related gatherings or contests. He said that the mall can hold such events and a lot of sponsors will be willing to show support, too.

SM City Clark has already launched its mall-wide free Wi-Fi service. And not only that, a proposal is already in progress to WiFi-enable the whole Clark Special Ecozone. Wow.

Here are some photos from the event: 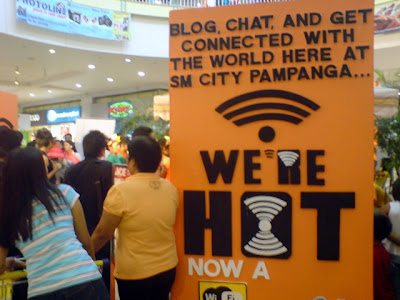 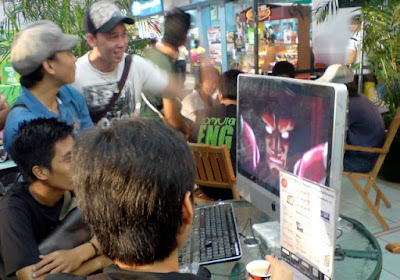 Sir Roman Palo in white and tie, me on blue and backpack and Mam Gina Tumang. 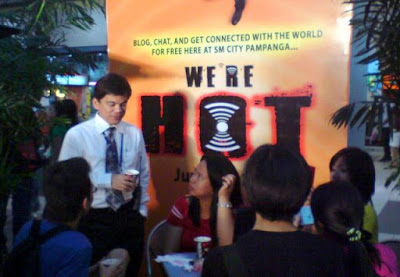 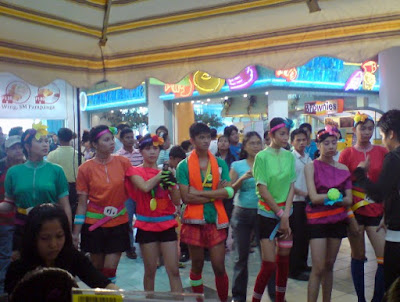 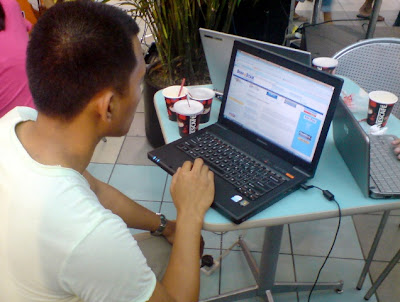