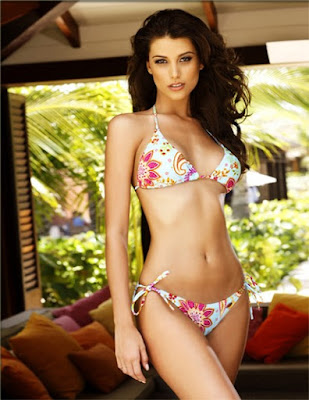 Although I'm feeling half disappointed while I was watching the coronation night, I still got excited in finding out who will be crowned Miss Universe 2009. And finally, it is finished, Miss Venezuela Stefania Fernandez was crowned Miss Universe 2009 and is now the bearer of the "Peace" crown officially made by Diamond Nexus Labs. Next to Venezuela are: Dominican Republic's Ada Aimee dela Cruz and Kosovo's Gona Dragusha, 1st and 2nd runner up respectively.
Miss Venezuela, during the question and answer segment was asked by judge Andre de Leon of Vogue on what she can do in our world situation today that women are struggling into getting in an organization. Basically, it was the question of rivalry between men and women and how the fair gender can step into the masculine's level. She stated a brief and very simple answer saying that is should not be a barrier nowadays. I'm quite sure that any other other delegates would answer it well, too. But fair enough to her, Stefania is steaming hot and gorgeous. I would have to agree with the judges on their decision.
Some Major and Special Awards:
3rd Runner-up: Miss Puerto Rico, Mayra Matos Perez
4th Runner-up: Miss Australia, Rachael Finch
Miss Congeniality: Miss China, Wang Jingyao
Miss Photogenic: Miss Thailand, Chutima Durongdej