How a Camera Can Save Your Life 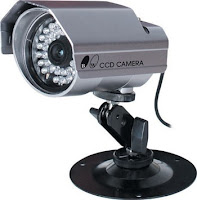 It was on the news yesterday that a security guard was caught on camera stealing from the company that he was supposed to be guarding. Thanks to the company's CCTV camera and everything he did was caught on tape. According to the accused, he was tempted to steal because he has financial problems. Well, every criminal that’s being caught all have one same reason on why they did such acts. Despite that, the security guard was put behind bars and was charged of theft.

According to reports, the management installed the Hidden Camera without the knowledge of the guards on duty because they noticed that there have been a series of stealing cases inside the furniture house. And as soon as the management found out that the security guard was the one responsible for the missing valuables, they quickly reported him at the nearest police station and got him arrested.

Security Cameras are really important especially if you entrust your home or your company to people you barely know. Having a CCTV camera at home creates an added security and gives some kind of peace of mind while you are away. Being spied with a hidden camera is not an issue as long as you do not do evil.