I'd Rather Go Naked Than Wear Fur - Christian Serratos for PETA 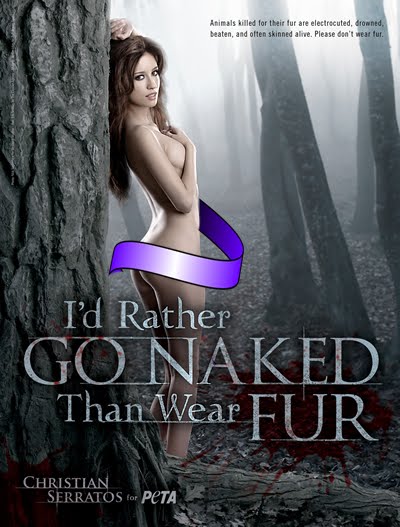 One of the Twilight Saga Stars, Christian Serratos again joined one of the many campaigns against animal abuse by PETA (People for the Ethical Treatment of Animals). The campaign ad features Christian; all stripped down along with the lines "I'd Rather Go Naked Than Wear Fur".

Christian straightforwardly stated that though she's used to doing vampire projects with Twilight, she would never wear anything dead. She calls out her fans to support the campaign and stop animal mistreatment.

As for me, being against any animal abuse, I totally support every advocacy that calls out to stop this unethical issue and preserve animal rights. There are still many countries aside from China who raise animals for their fur - they are electrocuted, skinned alive, beaten and ABUSED.

Please, let us religiously apply the golden rule - to all of Kingdom Animalia.