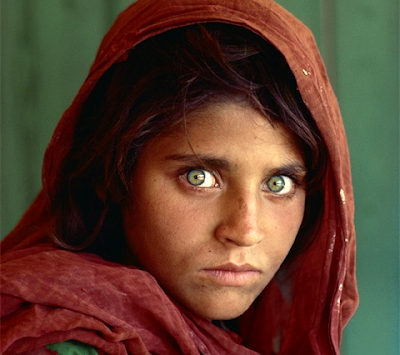 Her face clearly defines an exceptional persona of combined beauty, fear and fashion. I bet you all recognize this girl. She is Sharbat Gula who became famous because of this first ever single photograph of hers by Steve McCurry that graced the cover of the 1985 issue of the National Geographic magazine.

Sharbat was publicized as the "Afghan Girl" with an unknown name because her identity and whereabouts remained unrevealed for over 15 years since she was featured. Later on during 2002, Sharbat, who's then 30 years old, was located at a remote region in Afghanistan. And on that same year, she was again featured on National Geographic.

Only then did she find out that such photo of hers ever existed and made her popular all over the world.