The World Cup finals suddenly became a craze here in the Philippines (well, in my school at least) because Spain vied for the title, a first time in their history. It was a sizzling match between Spain and The Netherlands. Instituto Cervantes, gathered each and every supporter of Spain in the metro and organized a free live viewing of the Finals via satellite cable. Most who came were all in red to show solid support for Spain. Unfortunately, I didn't find any red shirt in my closet then. Good thing someone offered me to put red and yellow paint on my face.

The whole Instituto Cervantes was filled with deafening cheers from fans, all shouting for Spain while they raise their beer bottles for the win. Well, Paul the octopus was right after all, because Spain bagged the FIFA World Cup champion title. Something that Spain should take pride of since it's their first gold cup trophy in FIFA World Cup history. 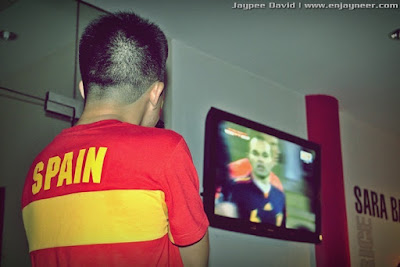 Ito keeping his fingers crossed during the game 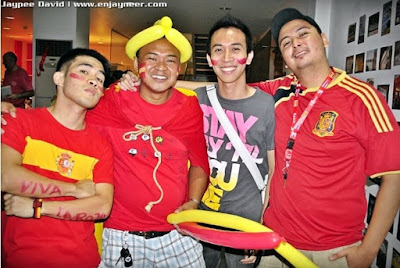 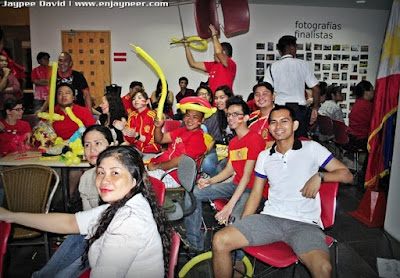 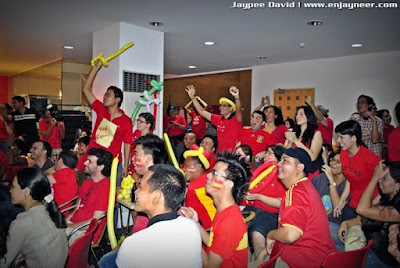