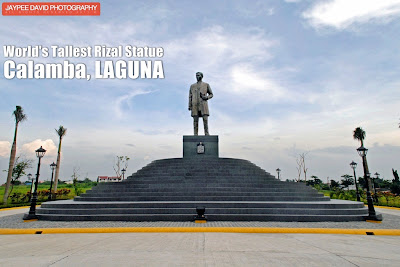 Inaugurated during the 150th birth anniversary of Dr. Jose Rizal, this record-breaking monument sculpted by young artist Jonas Roces stands tall and proud at the heart of Calamba City. The bronze statue is said to be the tallest statue of Jose Rizal ever erected anywhere in the world. It actually broke the record of the Rizal Shrine in Nueva Vizcaya which stands 18.6 feet.

The statue is patterned with symbolic meanings. First is that it stands 22 feet tall which represents all 22 languages and dialects spoken by Jose Rizal. The 15 steps you have to take to reach the base of the statue symbolizes 15 decades of Rizal; also a little more for Noynoy Aquino being the 15th president of the country. And obviously, it was erected in Calamba city, our national hero's hometown.

The monument is located right across the new City Hall of Calamba and it covers a lot area of 6.7 hectares. It took about 6 months to complete this monument. This project was actually funded by the local government of Calamba and The Philippine Charity Sweepstakes Office (PSCO). 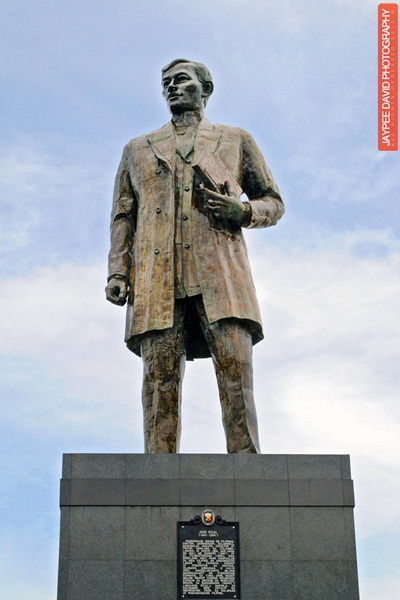 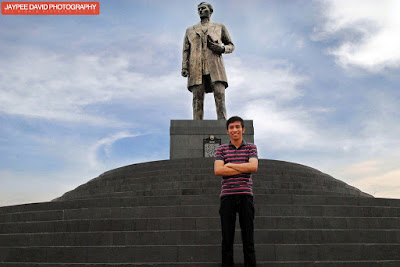 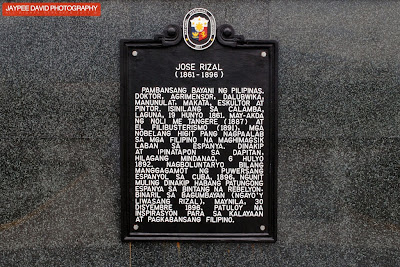 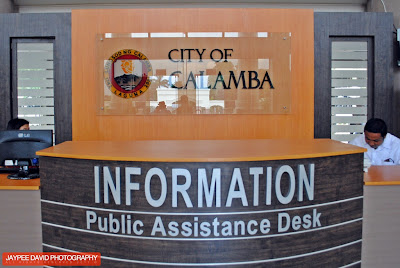 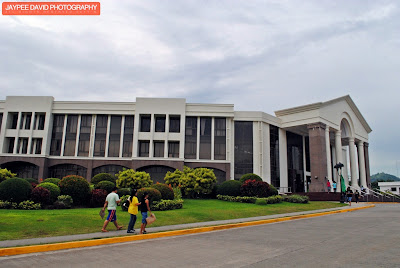 The new and impressive City Hall of Calamba under Mayor Joaquin Chipeco Jr.