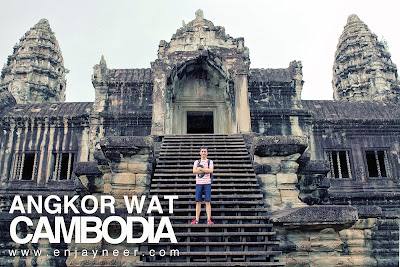 Angkor Wat, Cambodia's most famous temple is actually the world's largest religious monument. This tourist-magnet Khmer temple complex is nothing but enchanting! It's my first time to visit Cambodia and after seeing Angkor Wat and the many majestic temples all over Siem Reap, I can say it's love at first sight.

The Angkor Wat's intricate architecture is just one proof that an advanced and sophisticated Khmer civilization already existed over 800 years ago.

The main temple of the Angkor Wat is 213 feet high, same height as the Notre Dame Cathedral in Paris. What's even surprising is that it took only 32 years to build this massive structure. And it has a lot more stones compared to other ancient structures elsewhere. 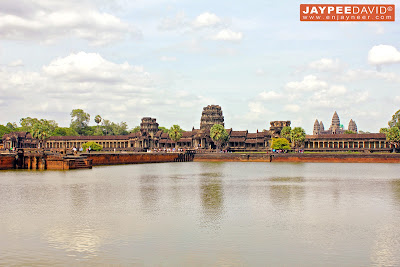 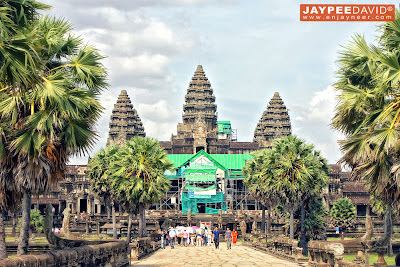 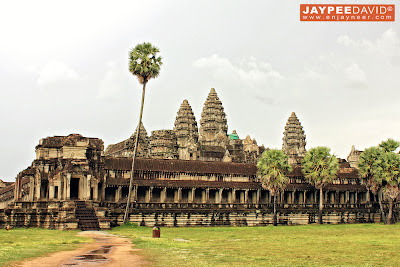 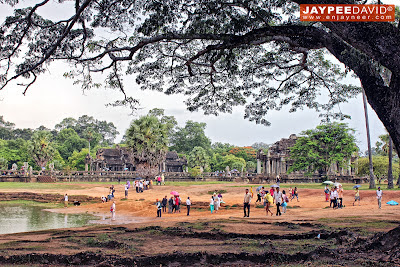 The 5 major temples and the center of Angkor Wat 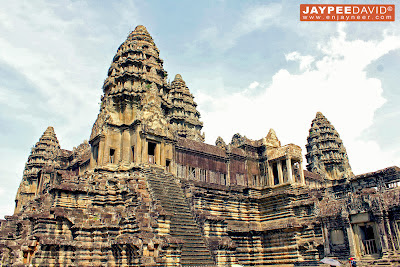 Every wall inside the main temple of the Angkor Wat is covered with intricate carvings, all telling stories from the past civilizations, Hindu mythologies, etc. These carvings of stories and legends go for over half a mile, making it the longest continuous sculpture in the world. 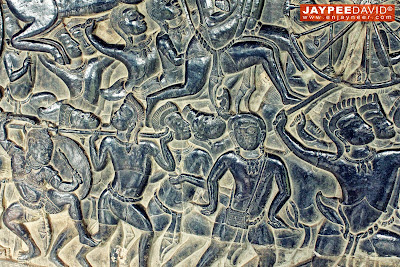 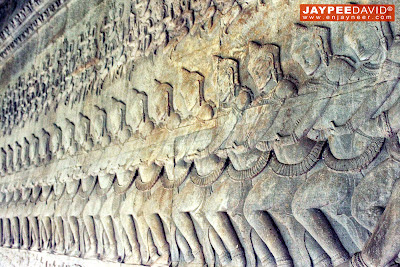 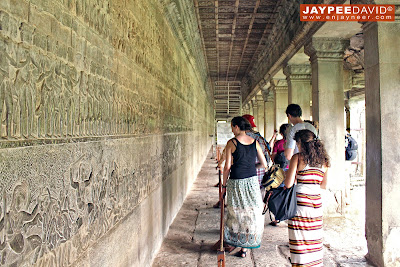 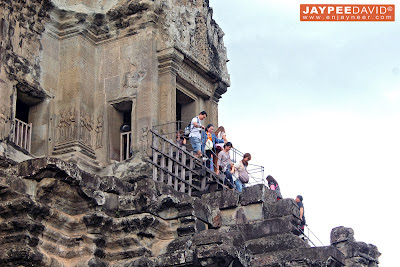 Tourist flock here all year round to see the majestic temples and wall carvings of the Angkor Wat. 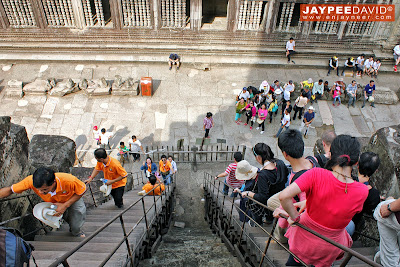 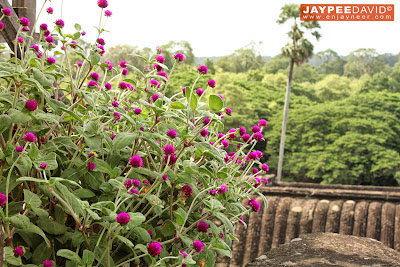 How could ancient civilations produce such detailed and intricate work of art? 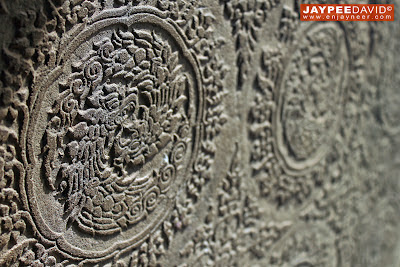 Most temples I've seen in Cambodia have steep steps going up. I wonder how it feels like living during the ancient times, having to climb this high just to get inside the temples. Our tour guide said that the reason why the steps to the temples are steep and high is to represent the difficulty of getting into the kingdom of heaven. 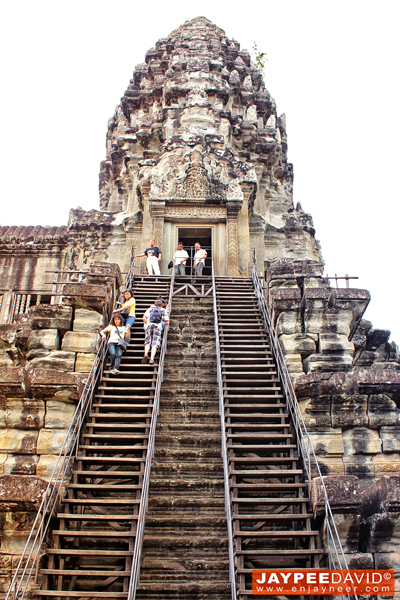 Very detailed and perfectly crafted carvings. And you'll see a lot of this all over the temple. To see it is to believe it. 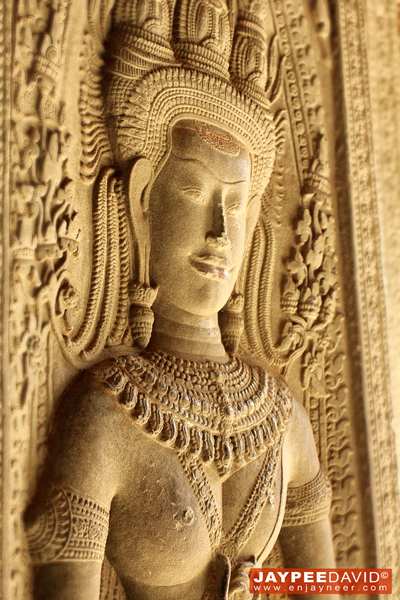 Of course, it's me having a photo op with the super star temple of Cambodia. :D 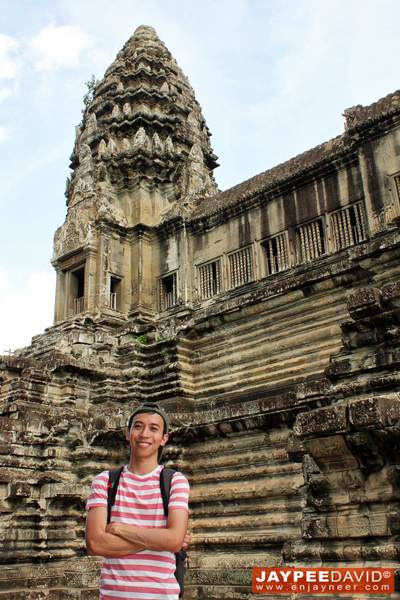 One of the five major temples at the center of Angkor Wat. 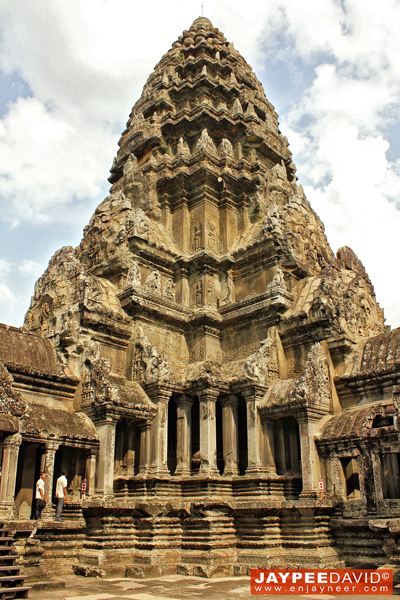