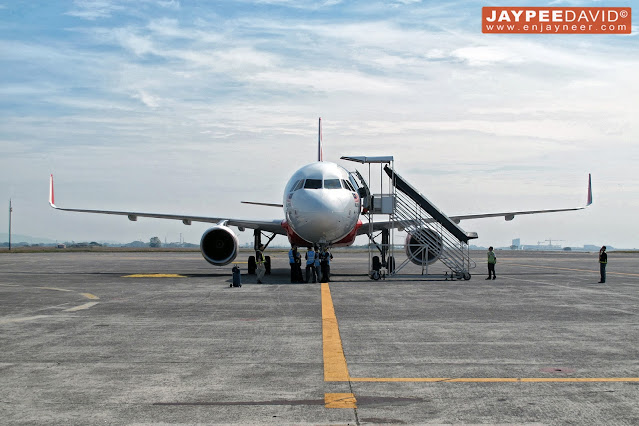 [Clark International Airport, 16 January 2013] AirAsia reached another milestone by being the first operator of the newest Airbus A320 equipped with fuel-saving wing-tips. This special type of Airbus A320 features a sharklet instead of a winglet, making it the world's first environment-friendly aircraft. These newly designed wing-tip devices reduce fuel consumption and emission by improving the aerodynamics of the aircraft significantly. It can save up to 4% worth of fuel bills or 1000 tons of carbon per year per aircraft.

CIAC president Victor Jose Luciano and AirAsia Philippines CEO Maan Hontiveros were present during the arrival and welcoming event. The captain of this new special aircraft told Ms. Hontiveros "It's like driving a new sports car!"

AirAsia, for your information is the biggest customer of Airbus under their A320 aircrafts. More photos here.

Look at the wing-tip. That's the sharklet, called as such probably because of the resemblance to a shark's fin. 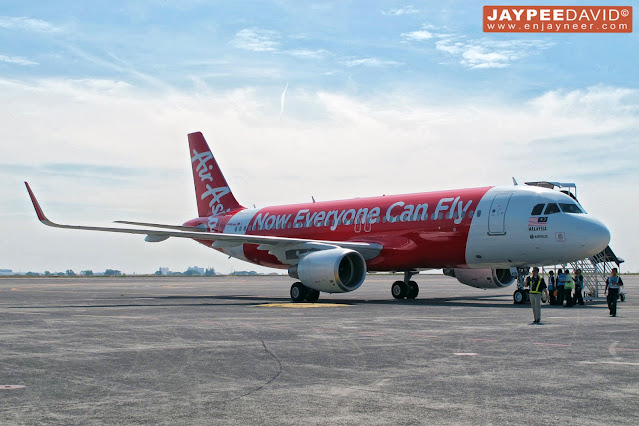 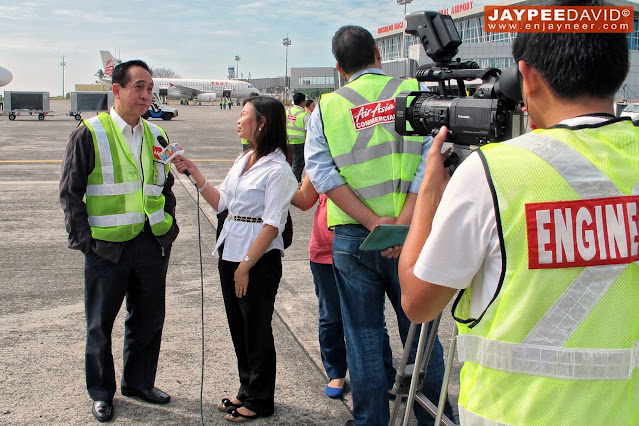 That's me posing with the new Airbus A320 sharklet equipped aircraft 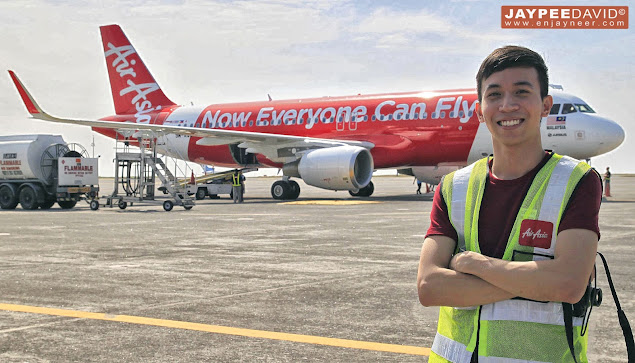 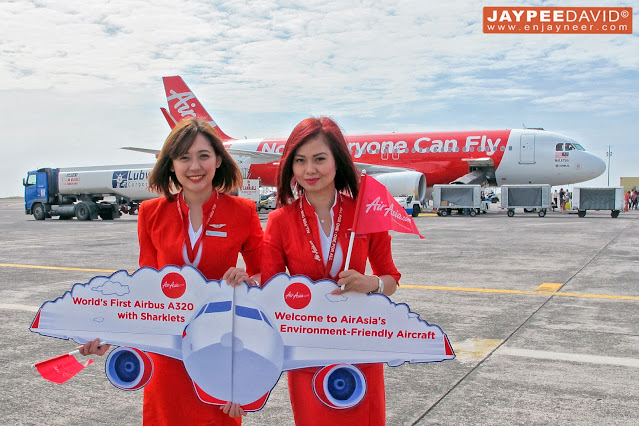 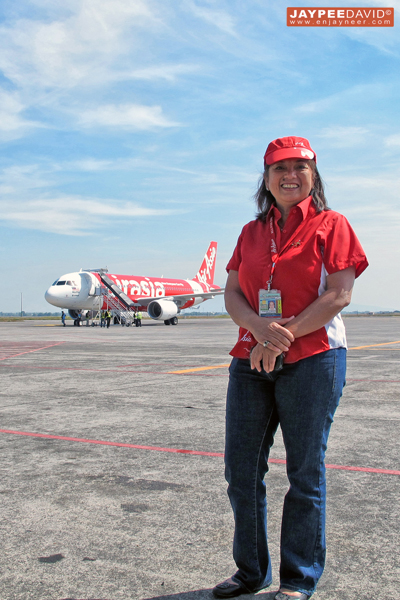 Visit AirAsia's official website to book for cheap flights to domestic and international destinations all year round. You may also follow them on Twitter @AirAsiaPH and @AirAsiaGoPH for flight+hotel deals and promos.