Here's another one of those "do one thing everyday that scares you" moments of my life! And I have no regrets!! Well, we just did a "buwis-buhay" [life-risking] rock scrambling in Norzagaray, Bulacan. Rock scrambling, by the way is a term for an activity of ascending rocky faces and ridges that lies somewhere between hiking and rock climbing.

We started scrambling at around before lunch time and the sun was scorching hot!! I suggest you start it super early in the morning so when you reach the peak, the sun's heat is still not as hardcore as it is during noon time. 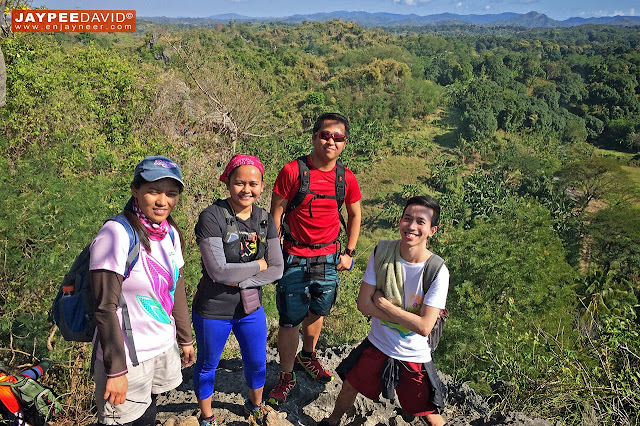 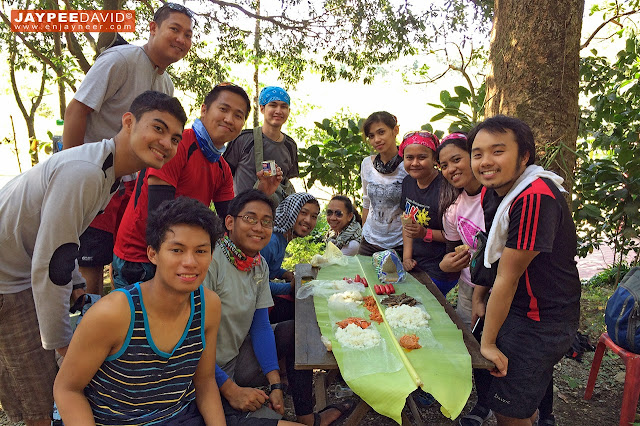 Close Encounter with a Lioness and a Rhino

Our first destination was the Lioness Head and Rhino Rock Formation in Bigte, Norzagaray. Climbing the lioness' head rock formation was the most challenging climb of this trip! Seriously! One wrong step and you'll fall down the rocky and deadly cliff! Good thing we hired a tour guide to guide us which rock is steady enough to step on. Not to scare you, but there are some rocks that just fall off when you step on them.

The Rhino's peak was not as hard to climb as the lioness but the rocks are sharp so you need to wear protection for your hands. Make sure your shoes can also withstand hardcore climbing. 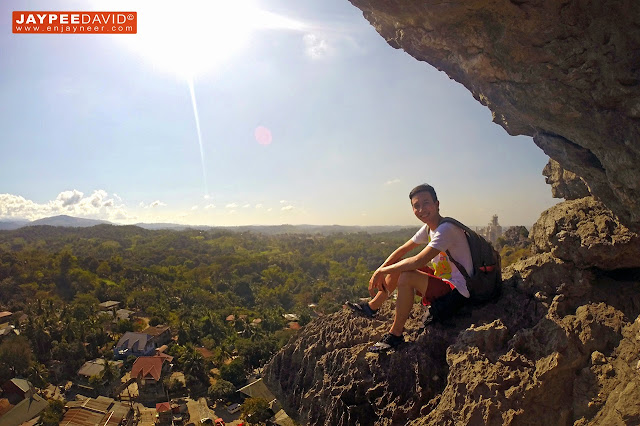 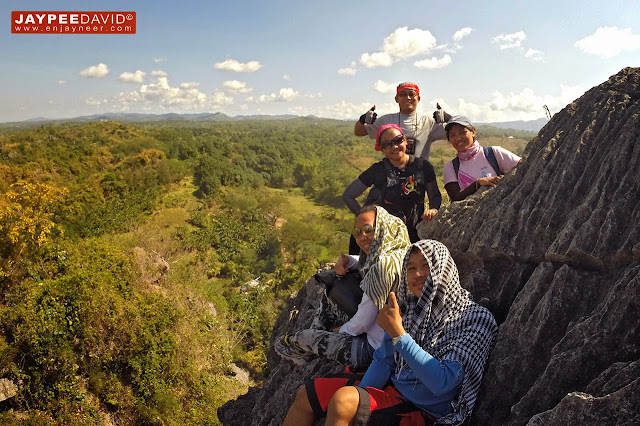 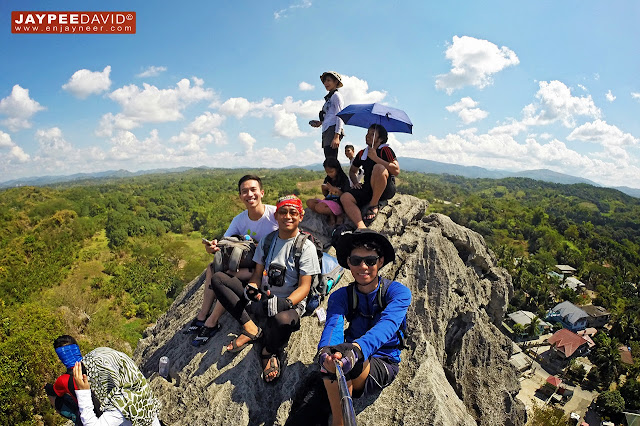 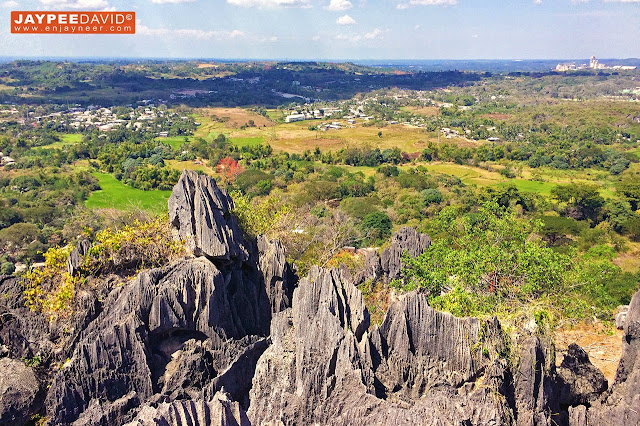 Of course, selfie on top of the lion's head! 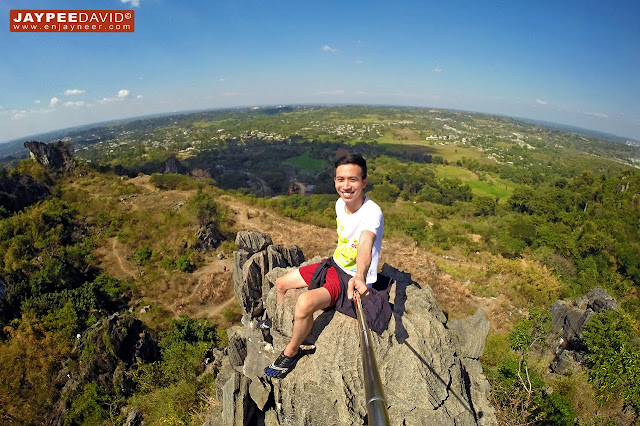 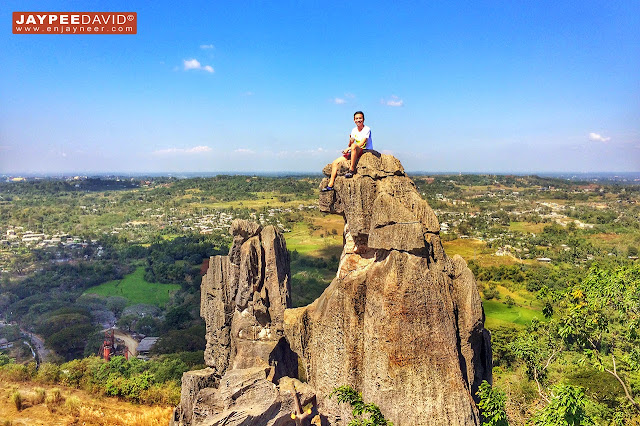 This cave is a subterranean network of caverns extending more than a kilometer deep. The Katipunero Revolutionaries during the war against Spain used it as a camp in 1896 and again during the Filipino-American War in 1898 as hideout of General Emilio Aguinaldo (the First President of the Philippines). It was also used as a sanctuary by the Japanese Imperial Army when the Philippines was liberated by American Forces. [wiki] 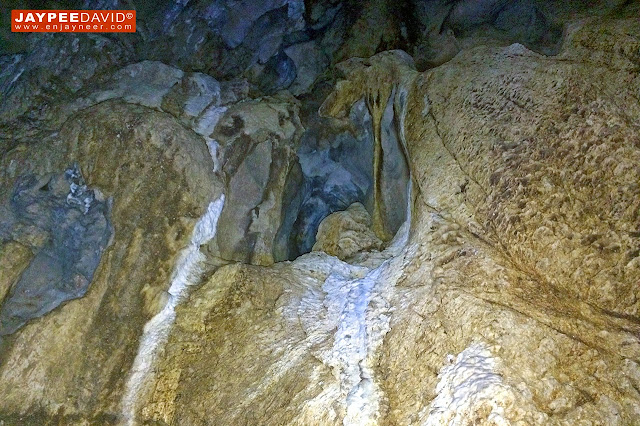 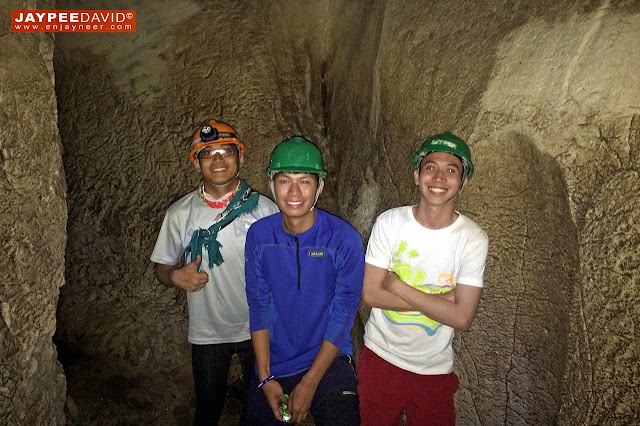 These sparking rocks are made of crystallized water droplets formed through the years. 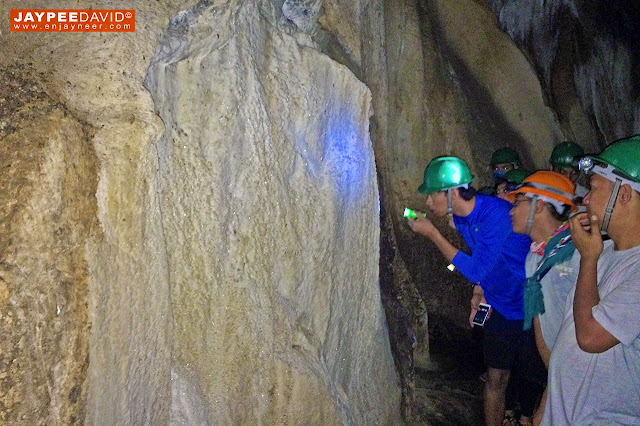 And here we are after a surviving an hour of spelunking, braving the darkness, hearing bats all over, slipping through trying to fit inside tiny holes, and swimming through icy cold water inside. REWARDING! 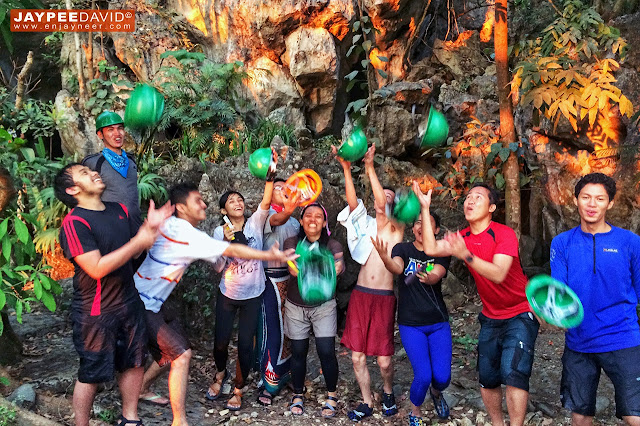