When you haven't been to Brunei and you see its tourism tagline, Kingdom of Unexpected Treasures, it doesn't really make sense. Well, what do you know about Brunei? Grand mosques? A country rich in oil reserves? Crazy rich royal family? What else? That's just it for me.

We have been planning for this trip since last year and my expectation really was just knee deep.

It was during this 5-day “go with the flow” trip that my views flipped over. Bandar Seri Begawan was a big meat in my can of pork and beans. I was surprised to find out what Brunei has to offer.

And since Malaysia is a merely 2-hour drive, we grabbed the opportunity to cross the border. Here are the highlights of our itinerary:

Tagged as Brunei's most prestigious beach, Empire Hotel and Country Club offers fantastic views of the ocean, lagoons, the spacious gardens and the resort's golf course.

With gold leaf touches, incredibly high ceilings, and a foyer to marvel at, the Empire Hotel and Country Club's roots as a palace are evident everywhere you turn. 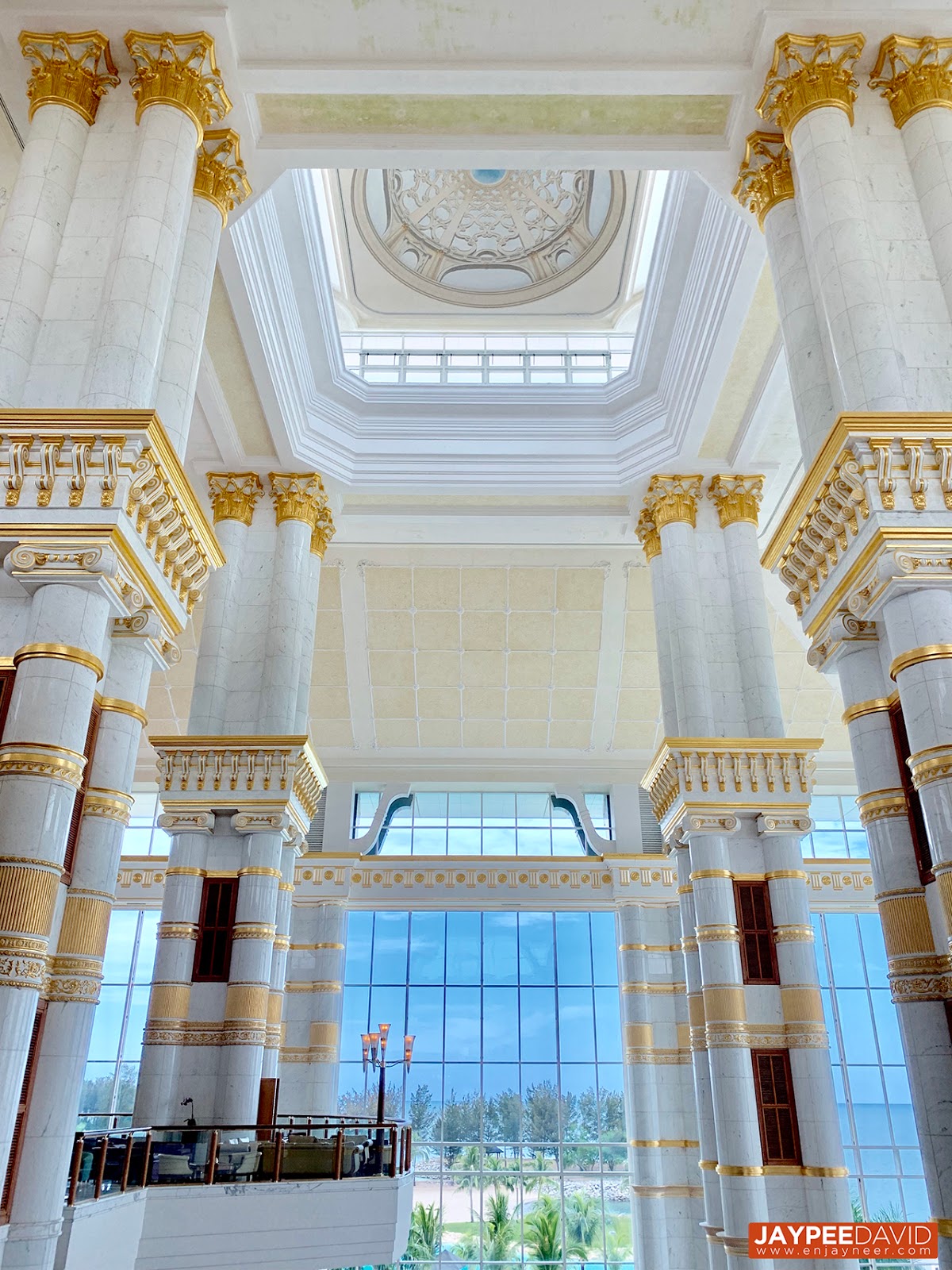 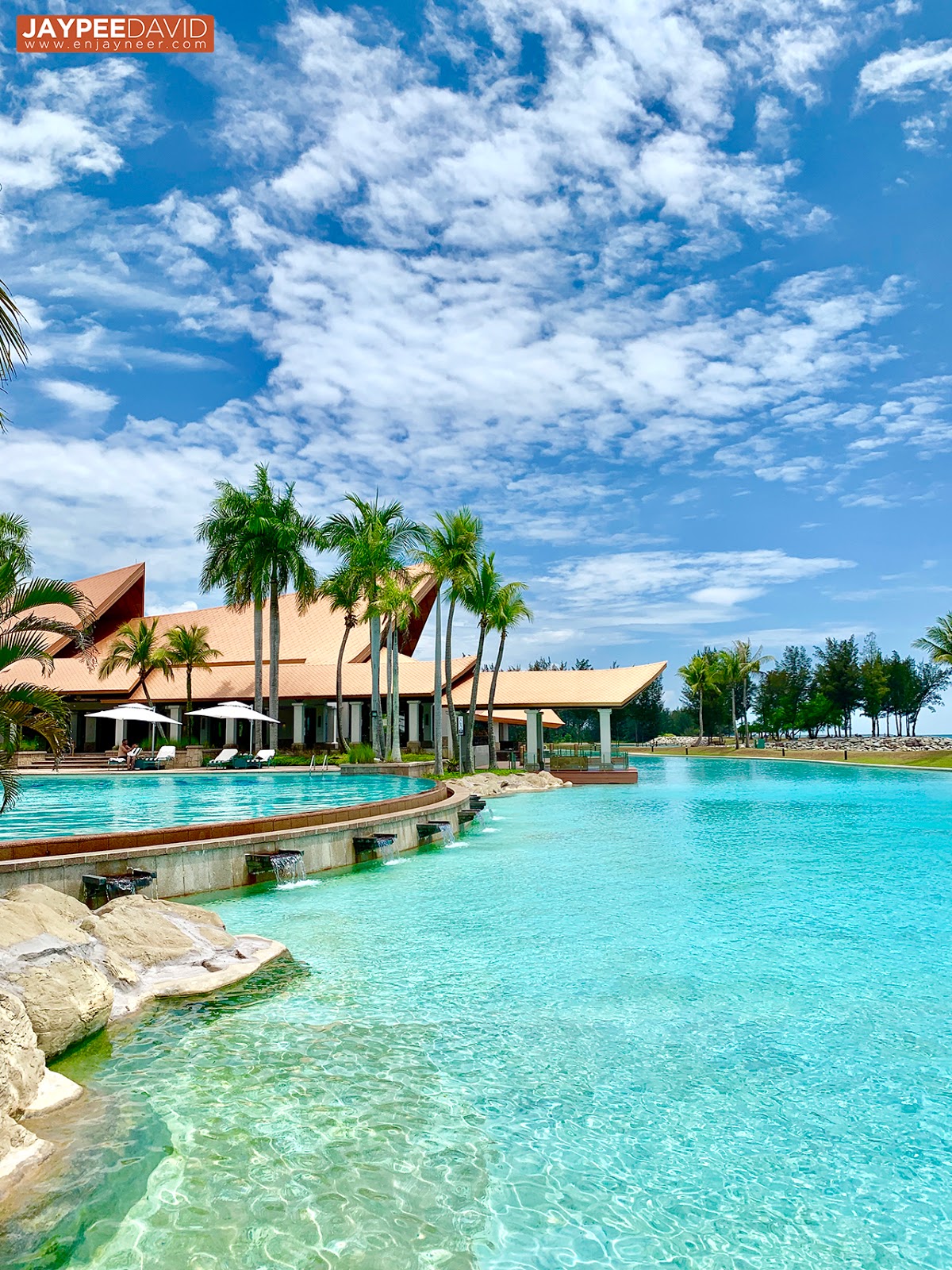 The height of luxury in Brunei is a stay at The Empire Hotel and Country Club. 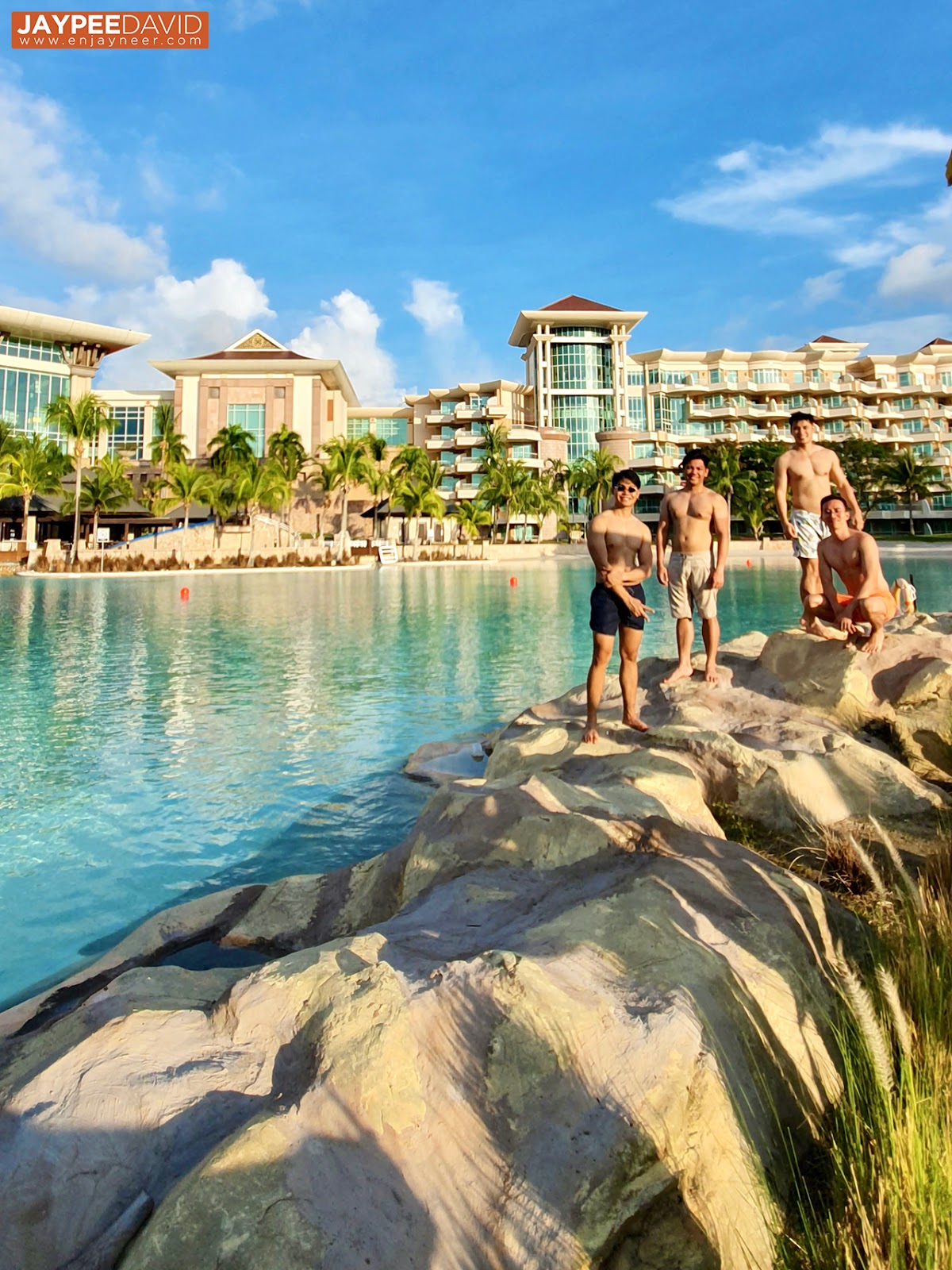 Built in 1992 to celebrate the 25th year of the current sultan's reign, Brunei's largest mosque is definitely one of the attractions in Bandar Seri Begawan. 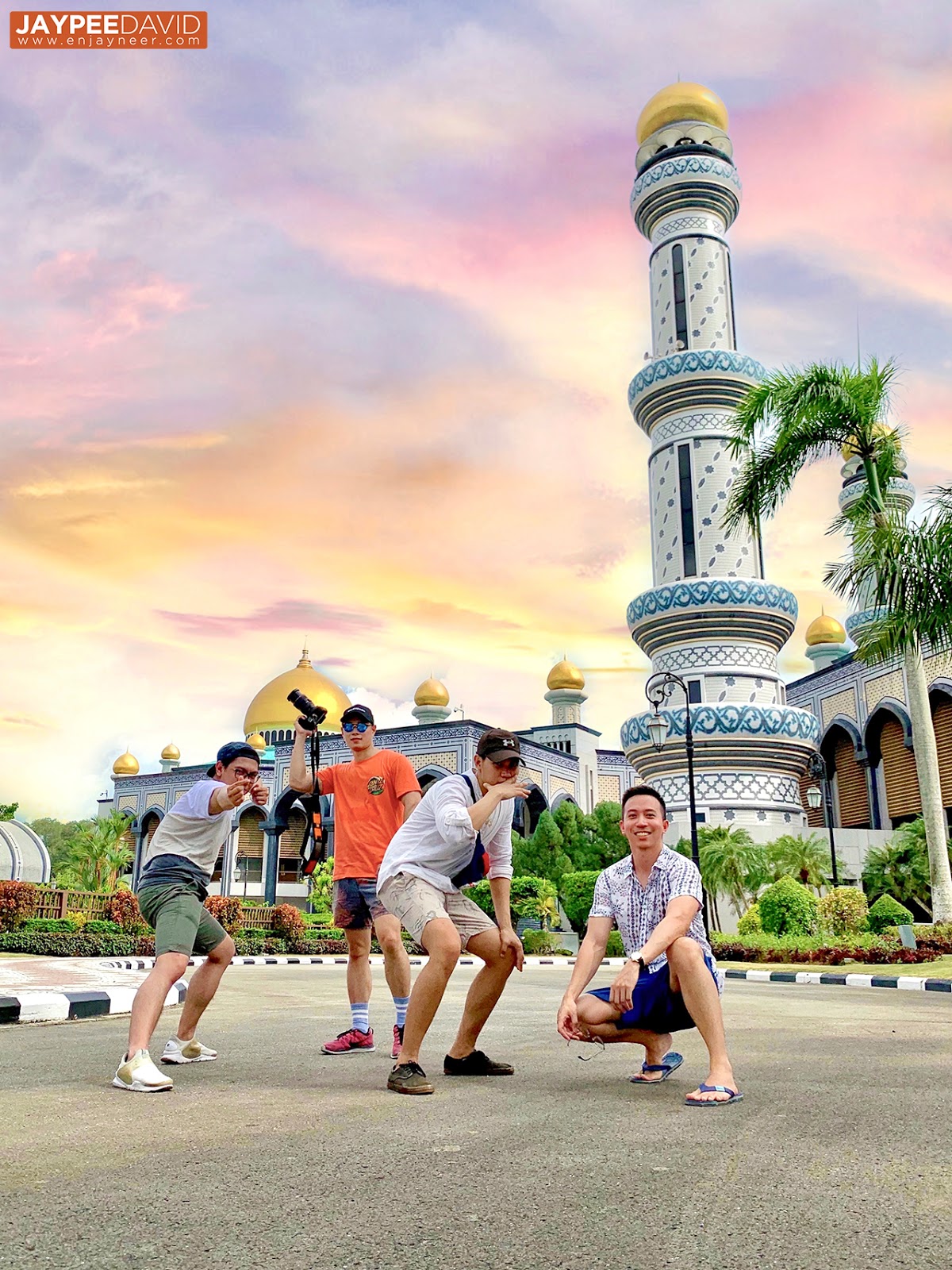 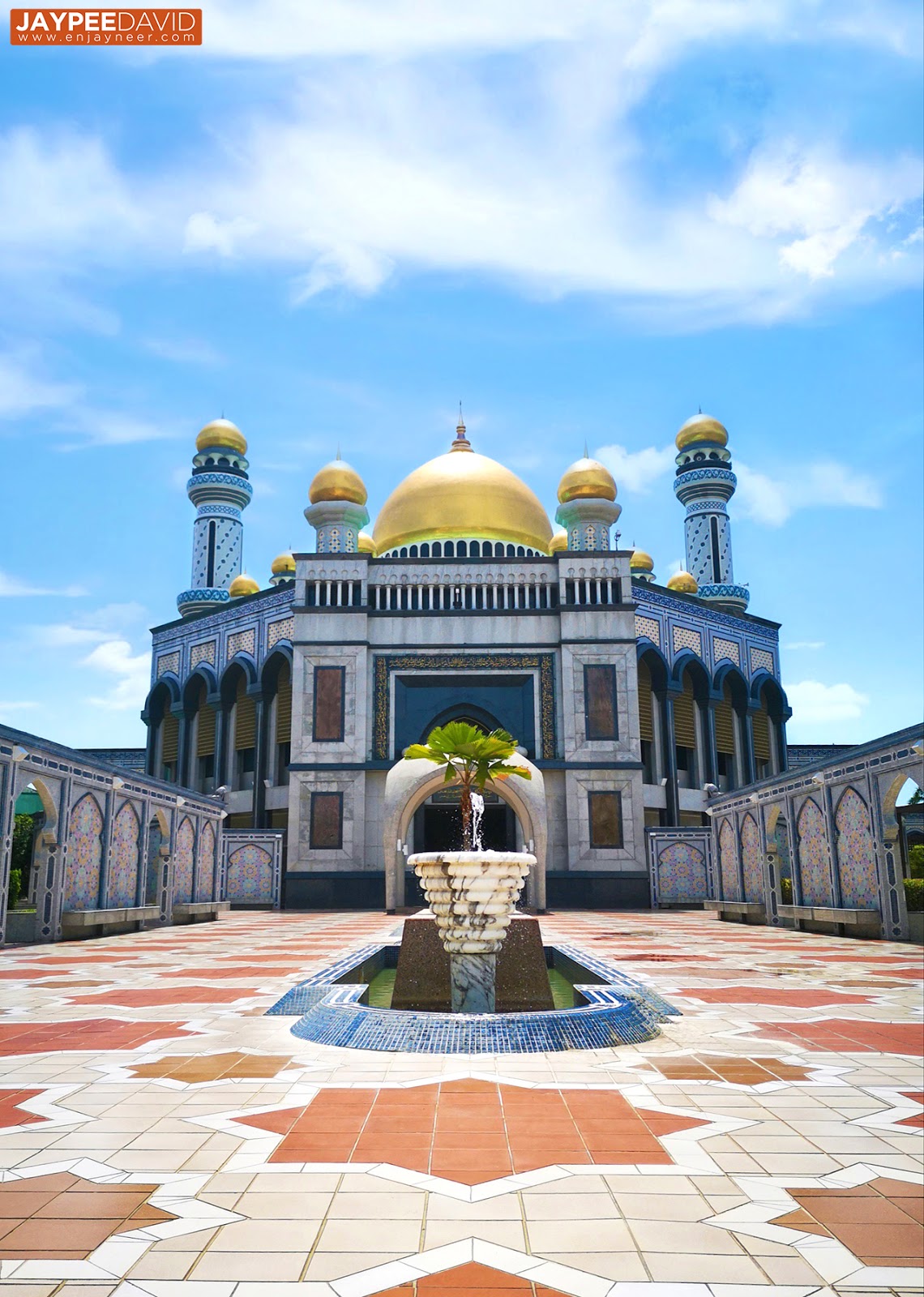 Brunei's breathtaking Jame Asr Hassanil Bolkiah Mosque is one of the most impressive & beautiful examples of Islamic architecture. It is surrounded by landscaped gardens and fountains.

This magnificent mosque sits at the very heart of the capital city and the country's Islamic faith. Built in 1958 and named after the 28th Sultan of Brunei. 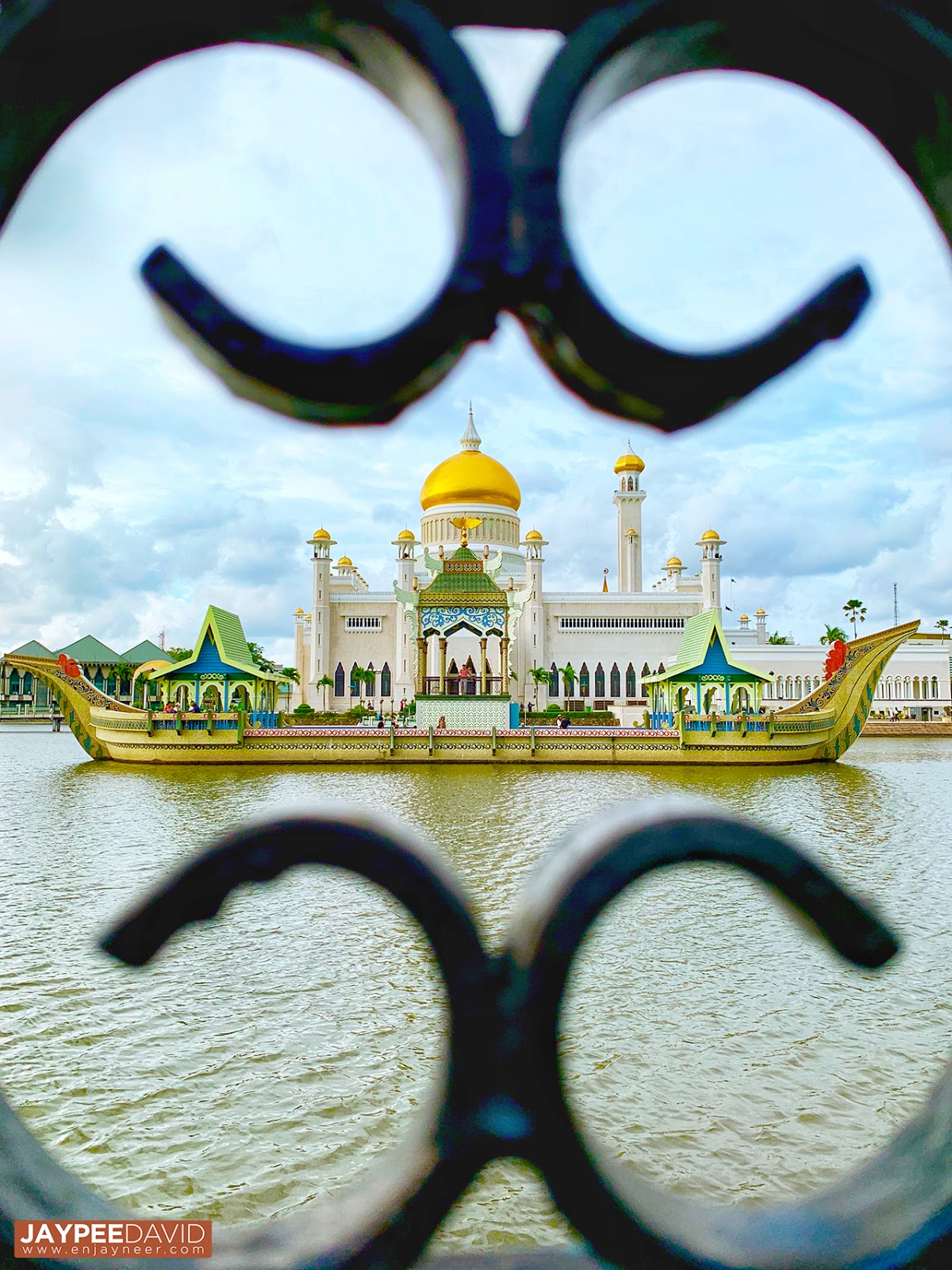 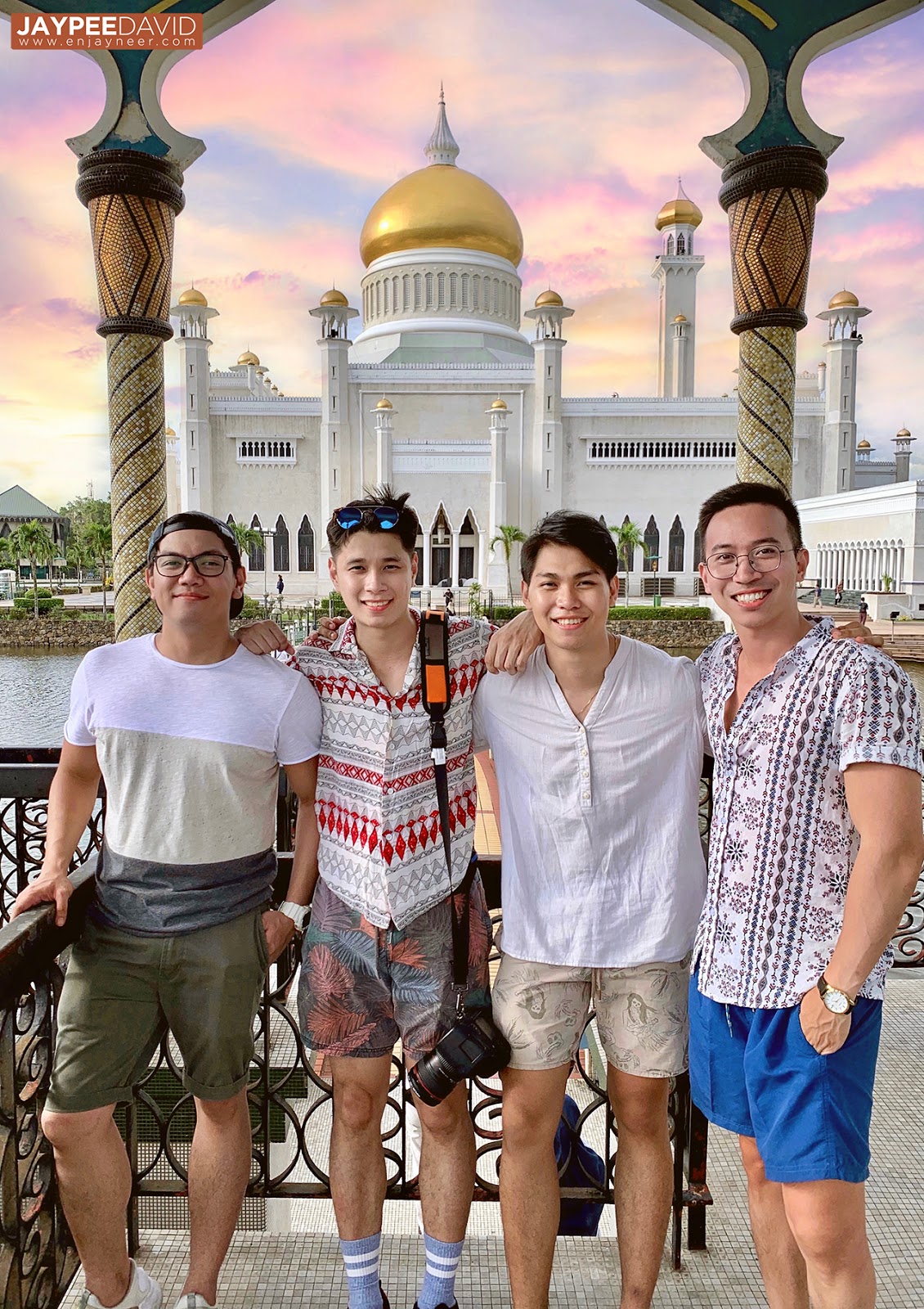 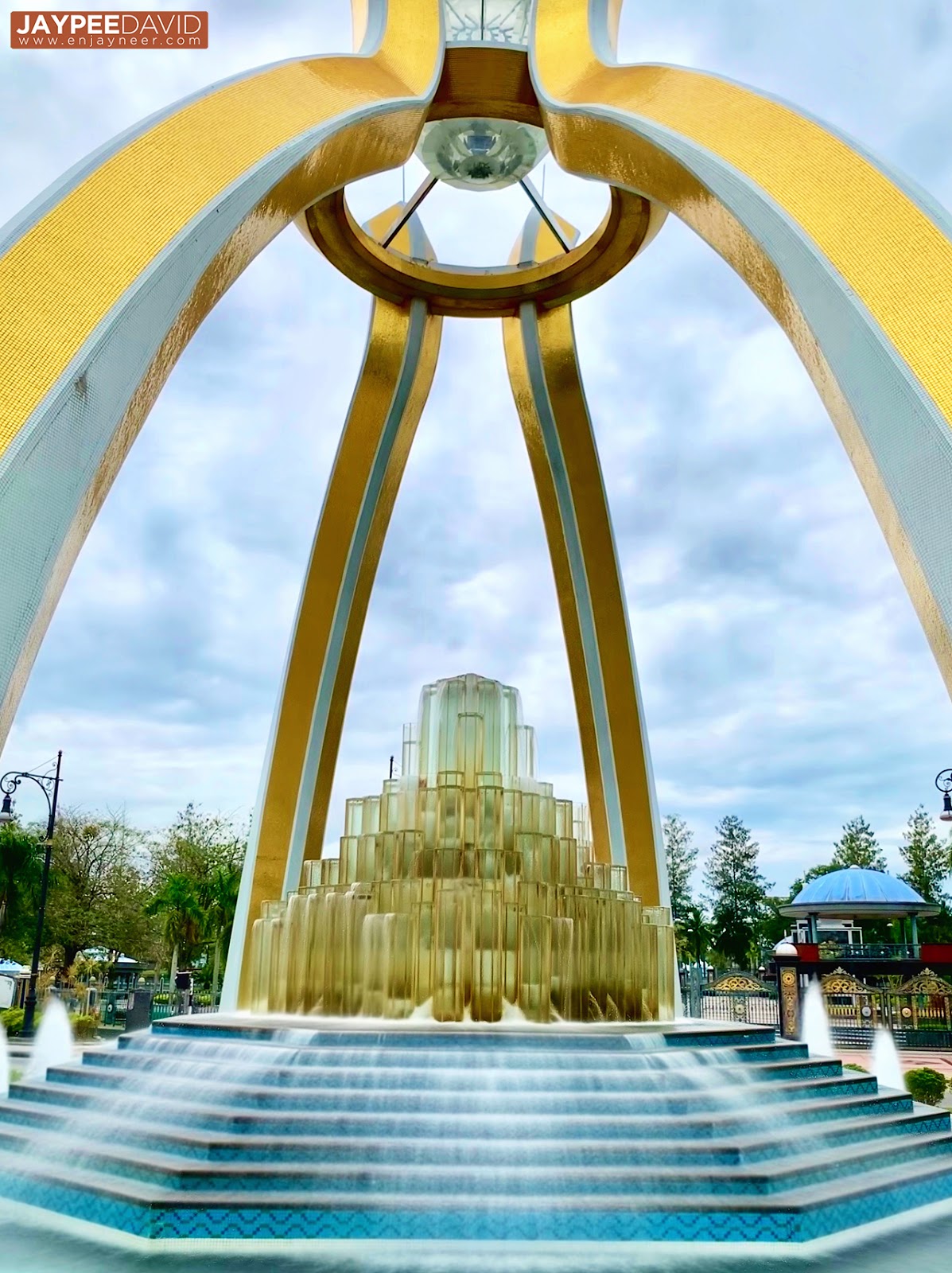 Raja Isteri Pengiran Anak Hajah Saleha bridge, popularly known as the Sungai Kebun bridge is a cable-stayed bridge which connects the City Centre and Sungai Kebun in Bandar Seri Begawan. It is named after Queen Saleha, the queen consort of the current Sultan of Brunei, Sultan Hassanal Bolkiah. 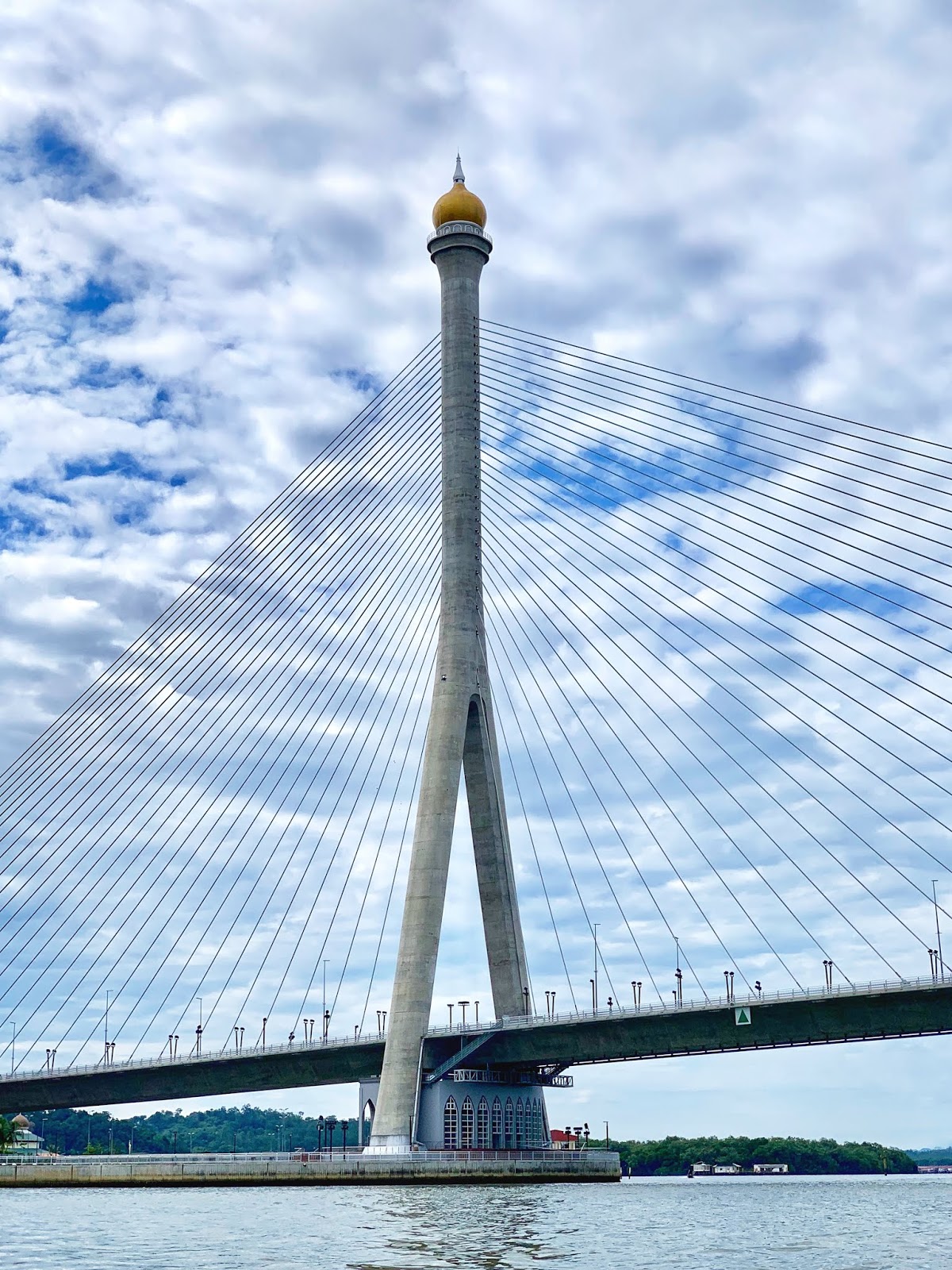 Doing the Brunei river cruise is the best way to explore Brunei's mangrove forest and and immerse in its historical water village.

Kampong Ayer is a settlement area in Bandar Seri Begawan. It literally means 'water village'. It consists of a cluster of traditional stilt villages built on the Brunei River and is in fact the world's largest settlement on stilts. It's made up of more than 40 villages.

Definitely worth seeing when in Brunei! The biggest mall in Brunei but is actually small compared to the malls in Manila. The mall has an artsy interior with high ceilings of beautiful mural paintings. 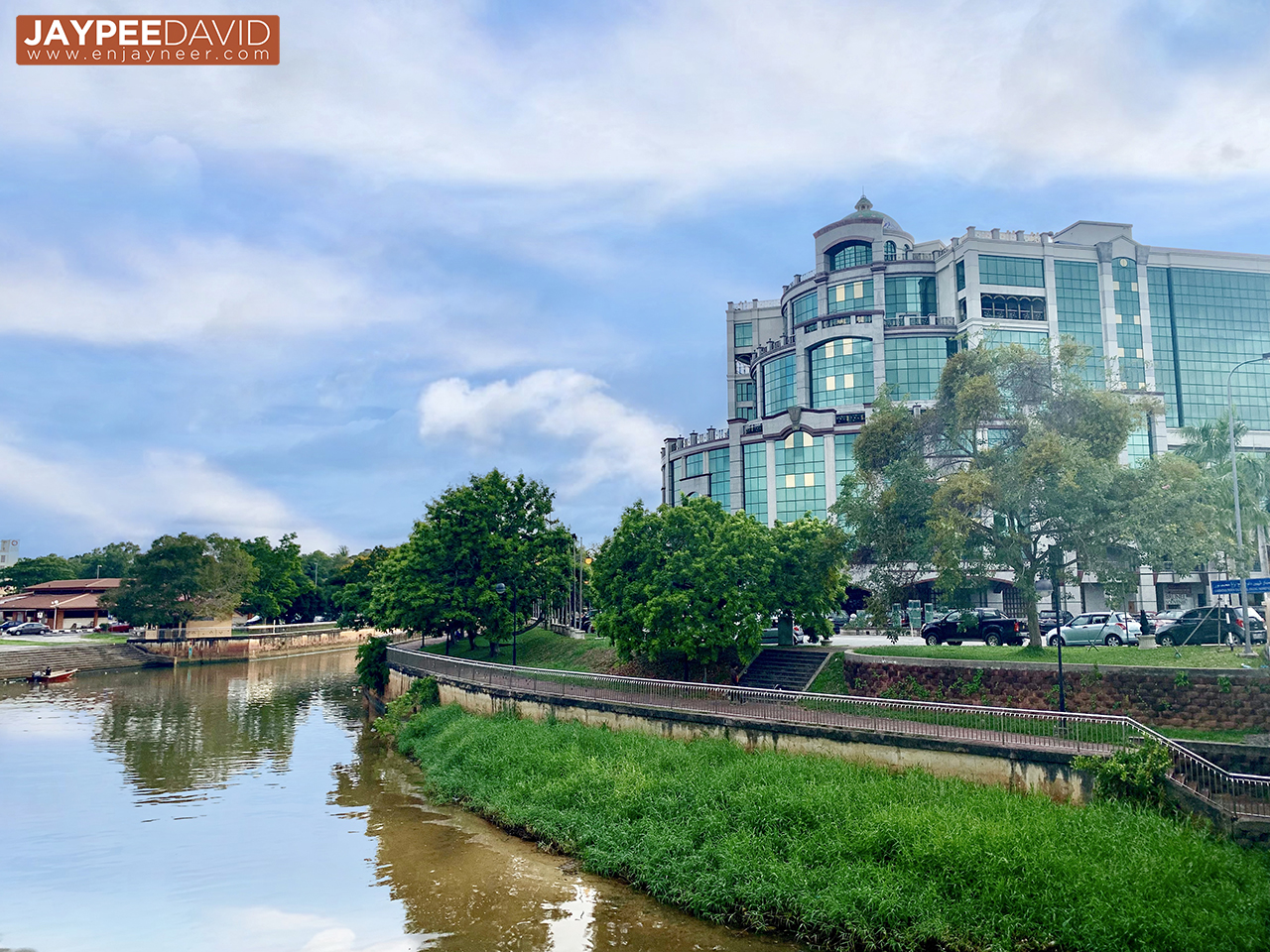 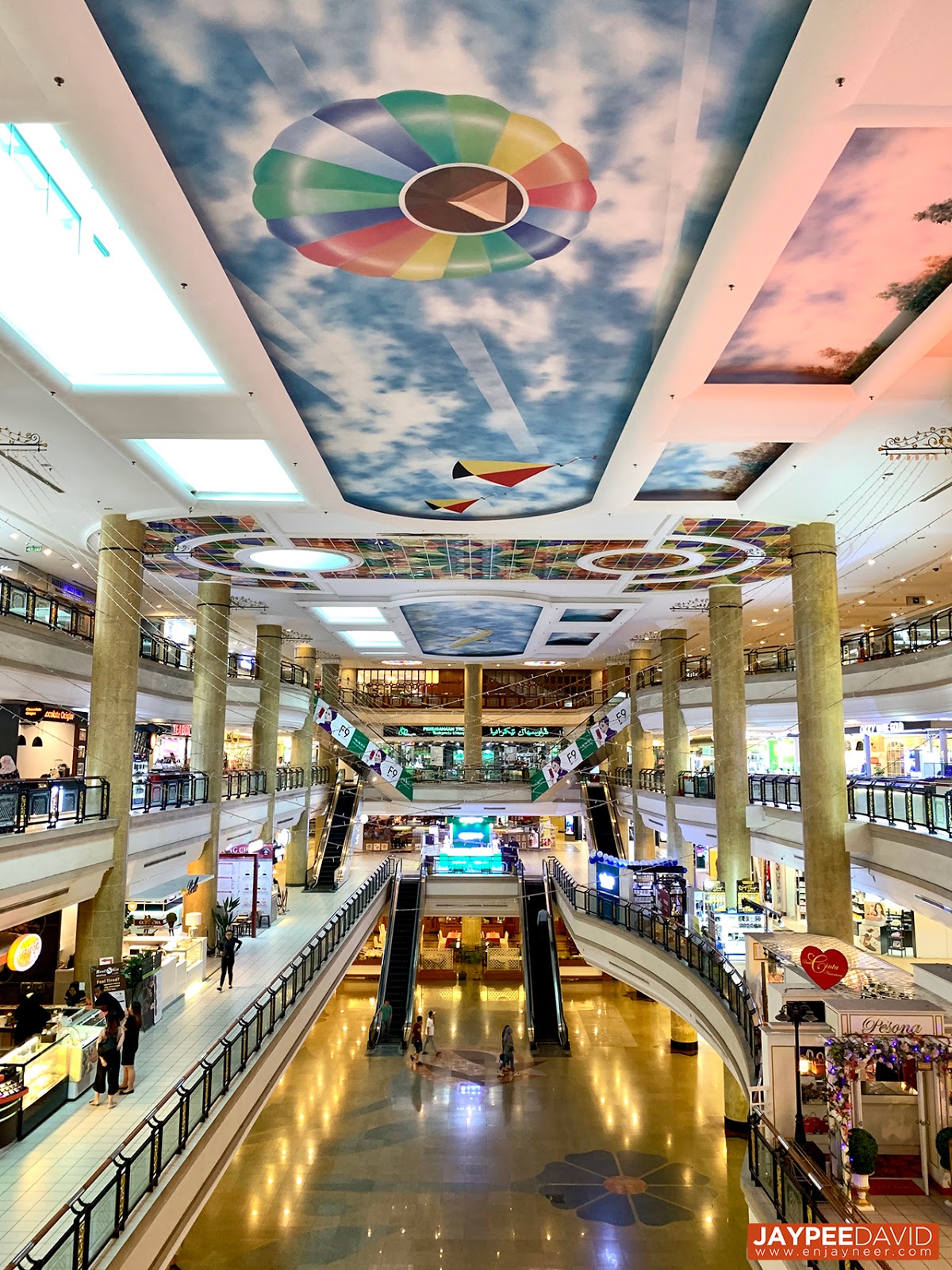 Eat like a local and feast on the sights of delectable Bruneian food. It is in close proximity to The Mall and is about 10 minutes walk going there. 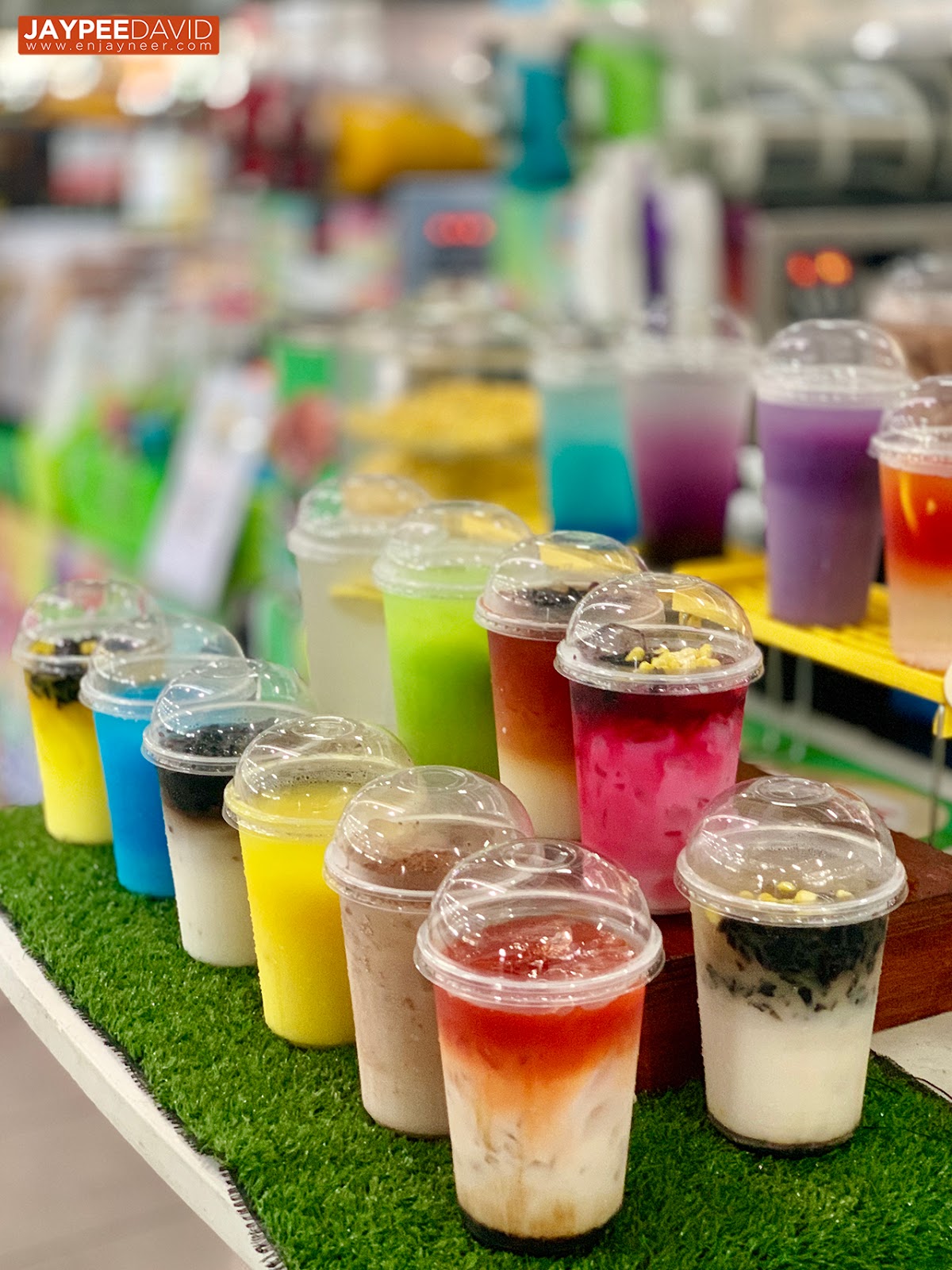 This public beach is the perfect spot to have a quiet chill. There are cottages and benches available for use. 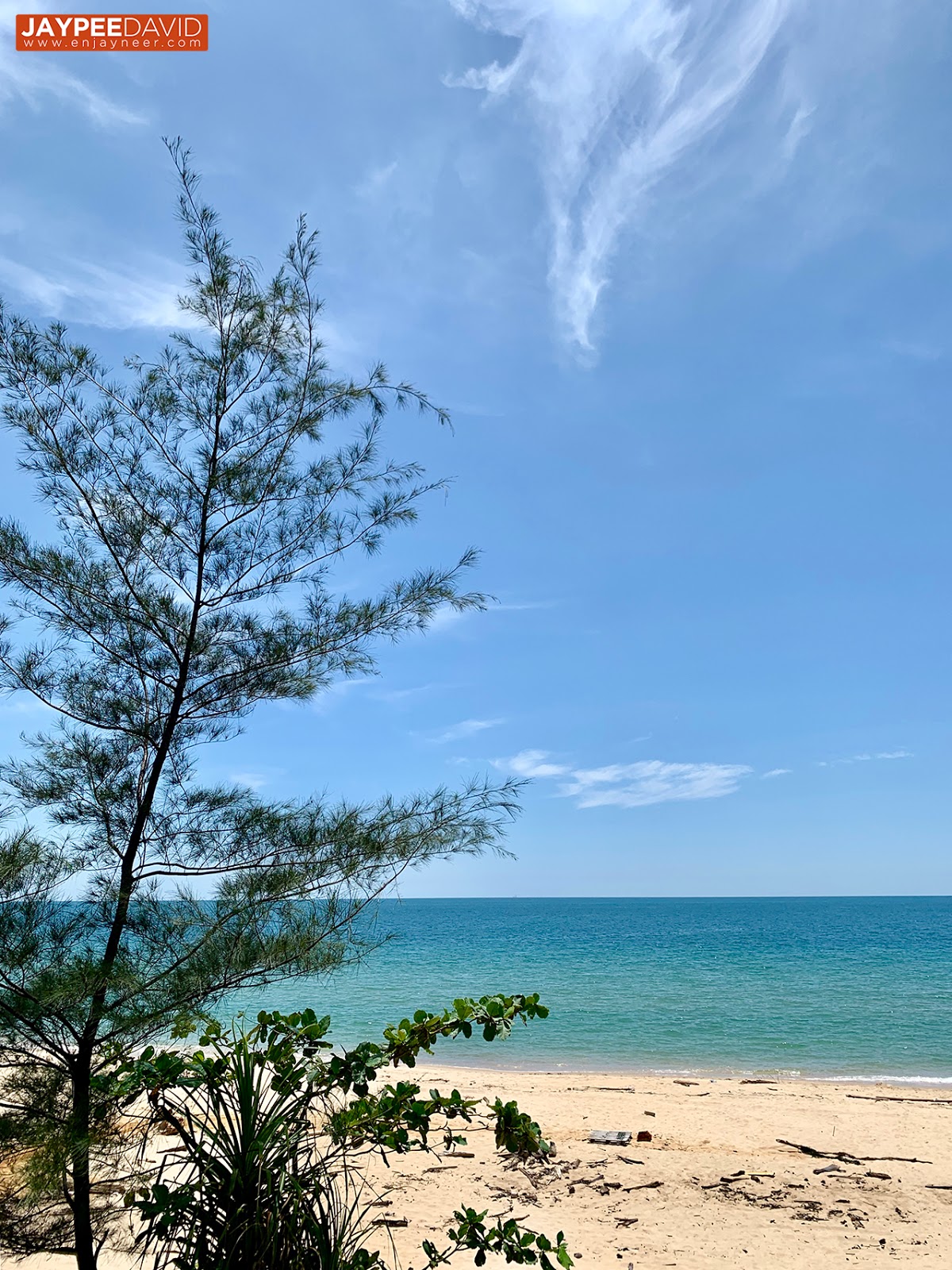 The Royal Regalia Musem is a tribute to the sultan and the grand trappings of royalty. It is exclusively devoted to one of the richest people on Earth: the Sultan of Brunei. 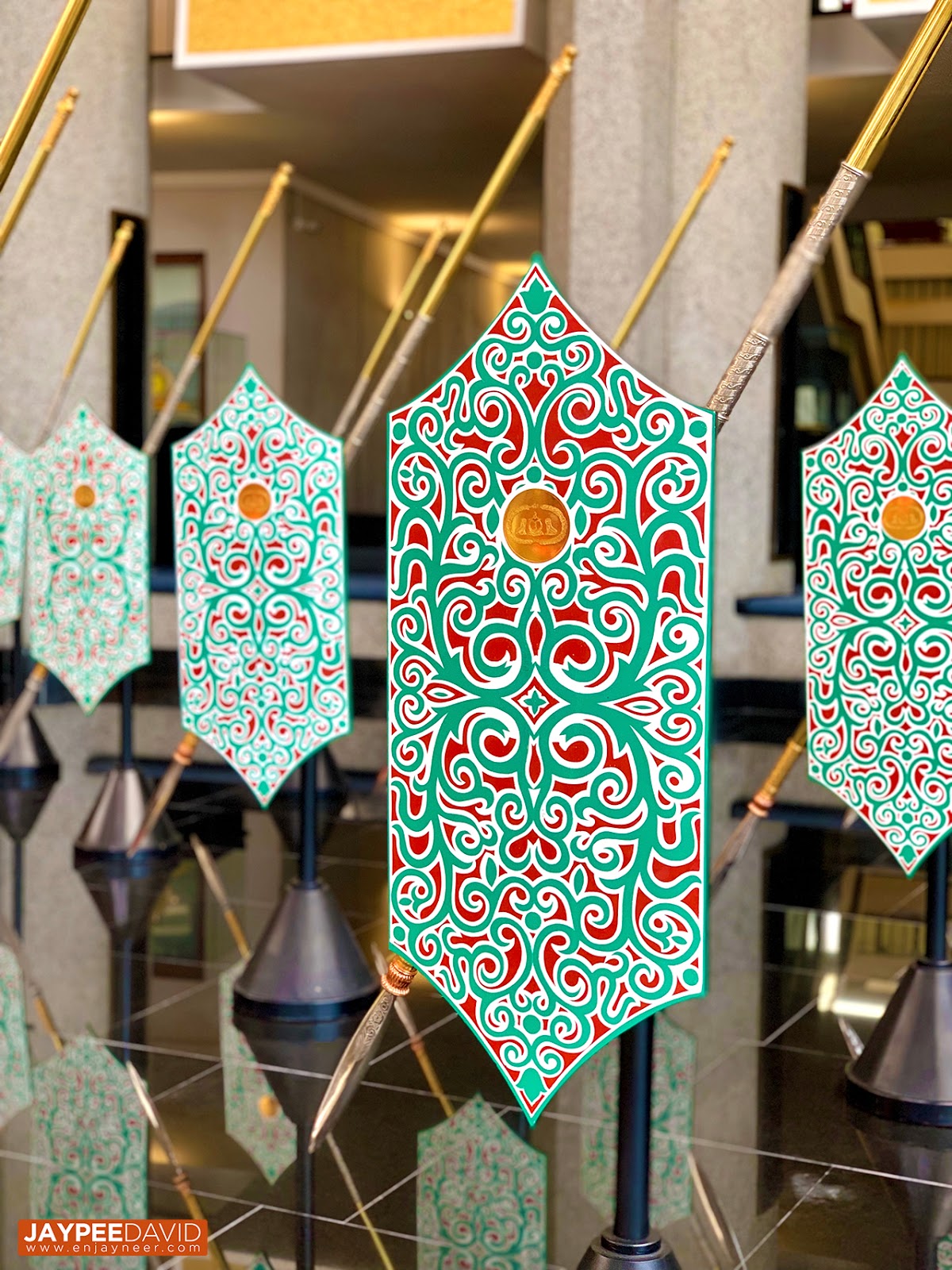 Since there is a strict policy on liquors and alcoholic beverages in Brunei, being able to jump to Miri Malaysia is a bit of a relief. Unlike Brunei's laid back and chill ambience, there are a lot of pubs and bars in Miri's Marina Bay district.

The center of entertainment and recreation in Sarawak. Coco Cabana is one of the popular bar and entertainment spots in Marina Bay that offers scenic views of the South China Sea. 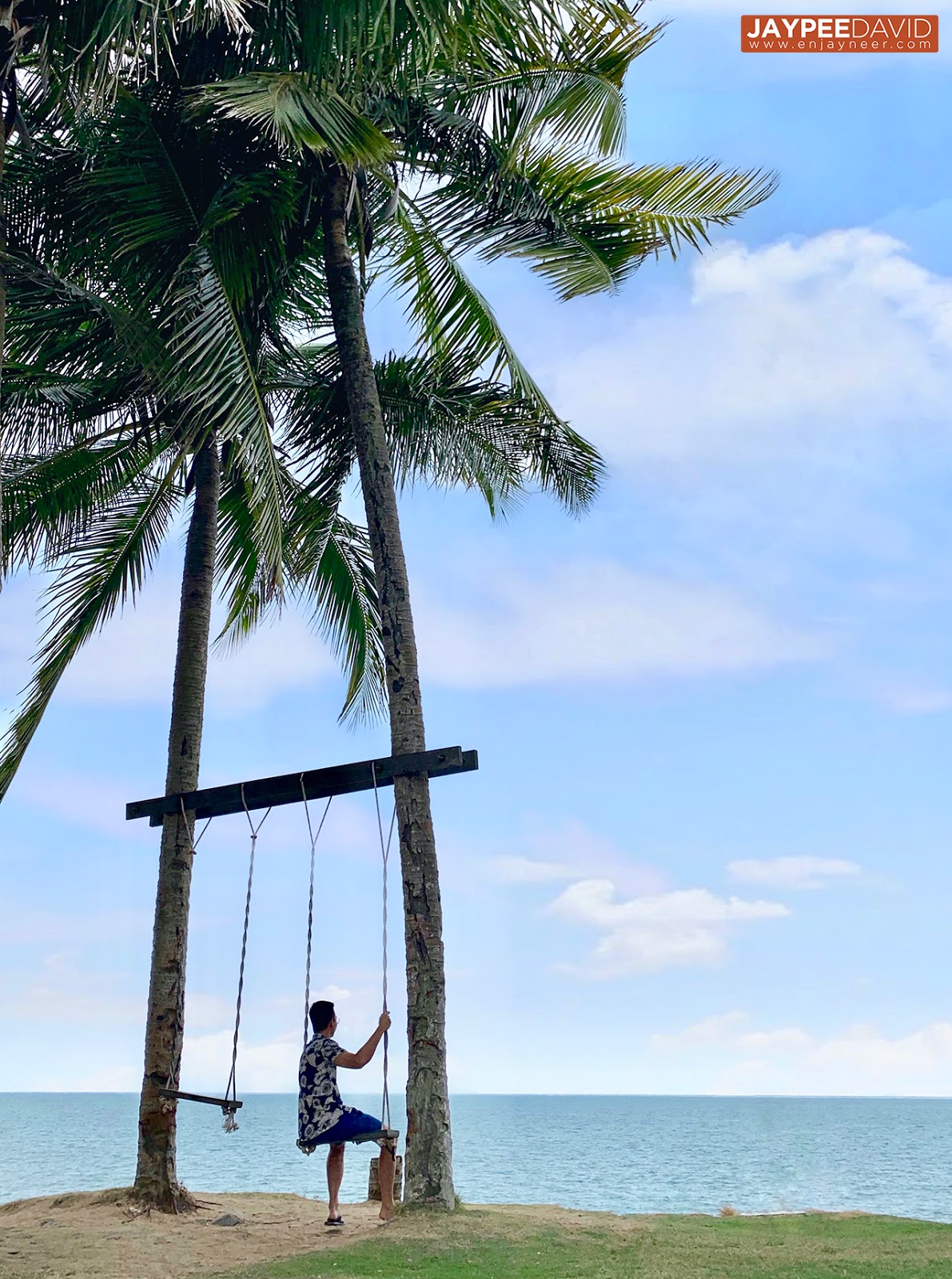 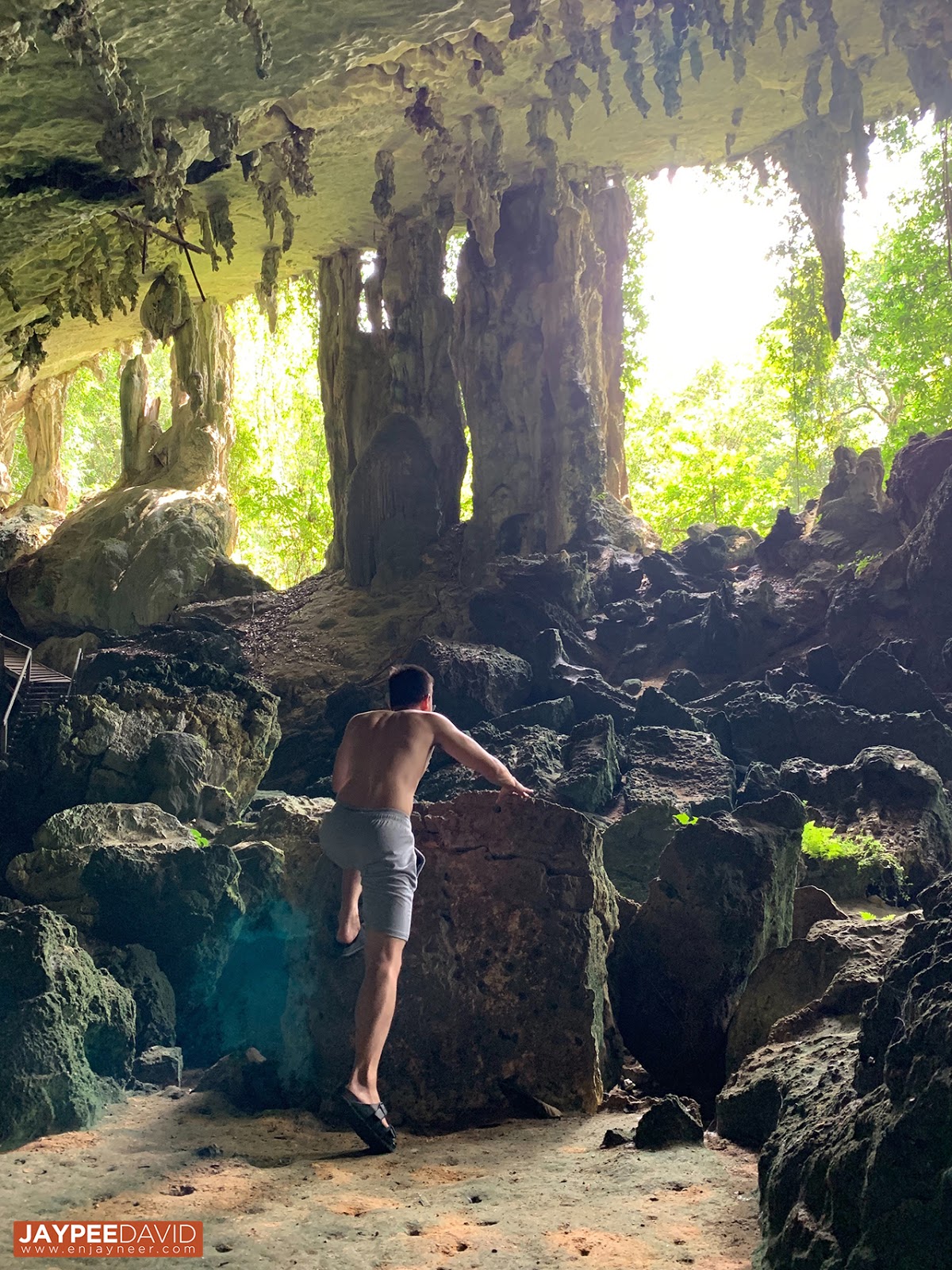 A two-hour drive from Miri, Niah National Park can be explored through a plank walk within the lowland forest with a fantastic flora and fauna.

Tiring trek but all super worth it! 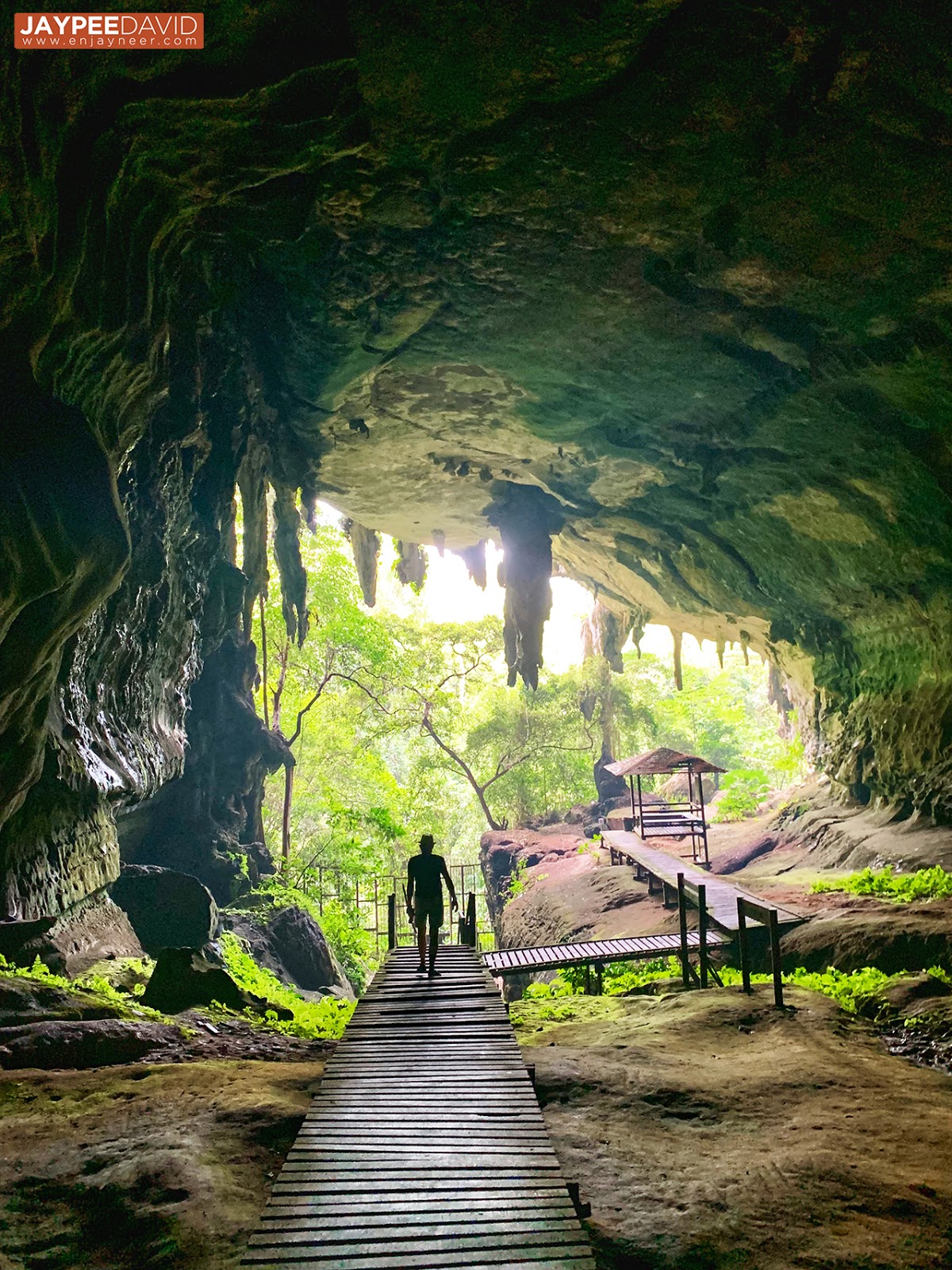 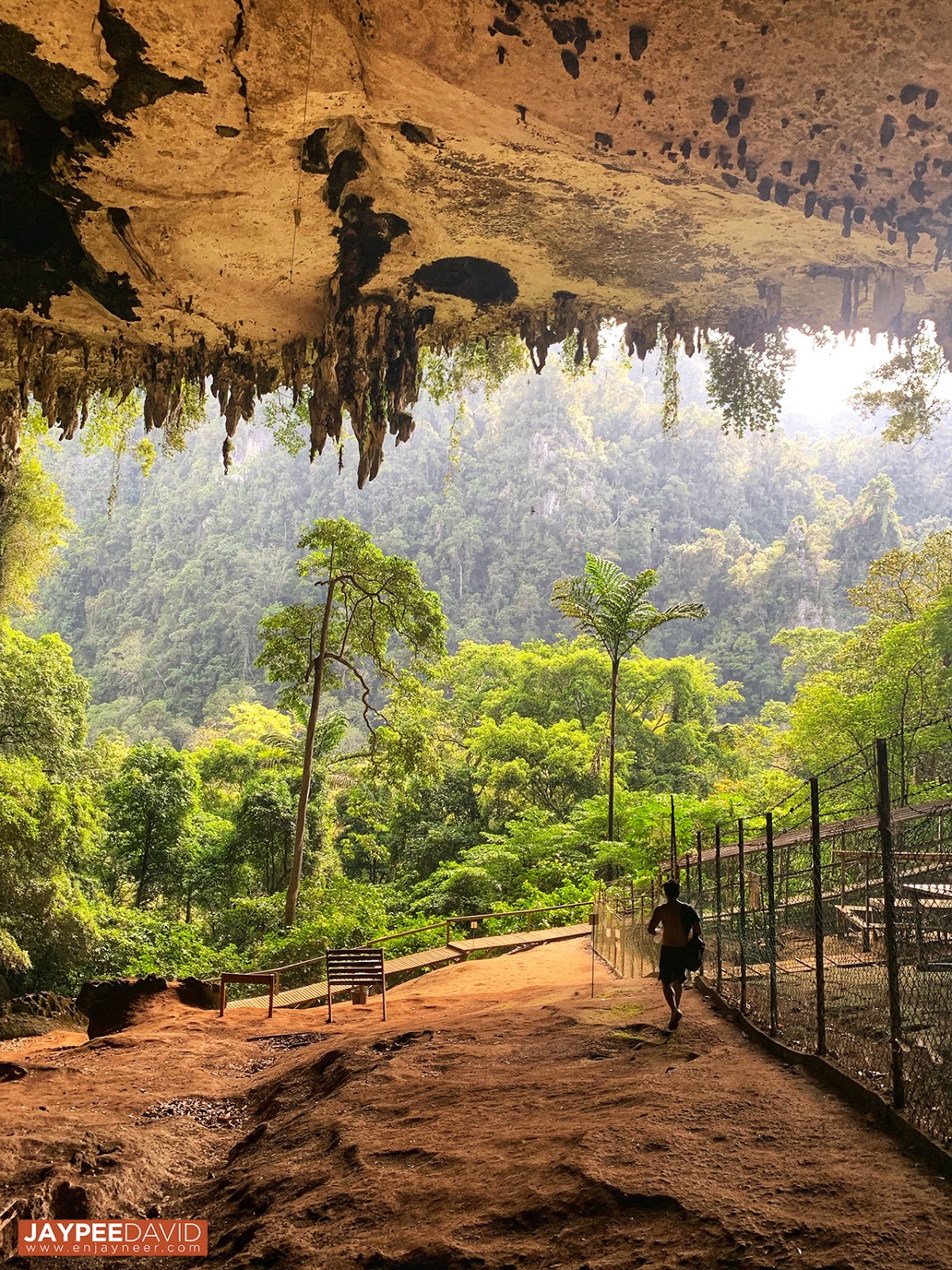 Sunset at Tusan Beach is probably one of the best sunsets I have seen. No wonder it is one of Miri's most renowned sights. 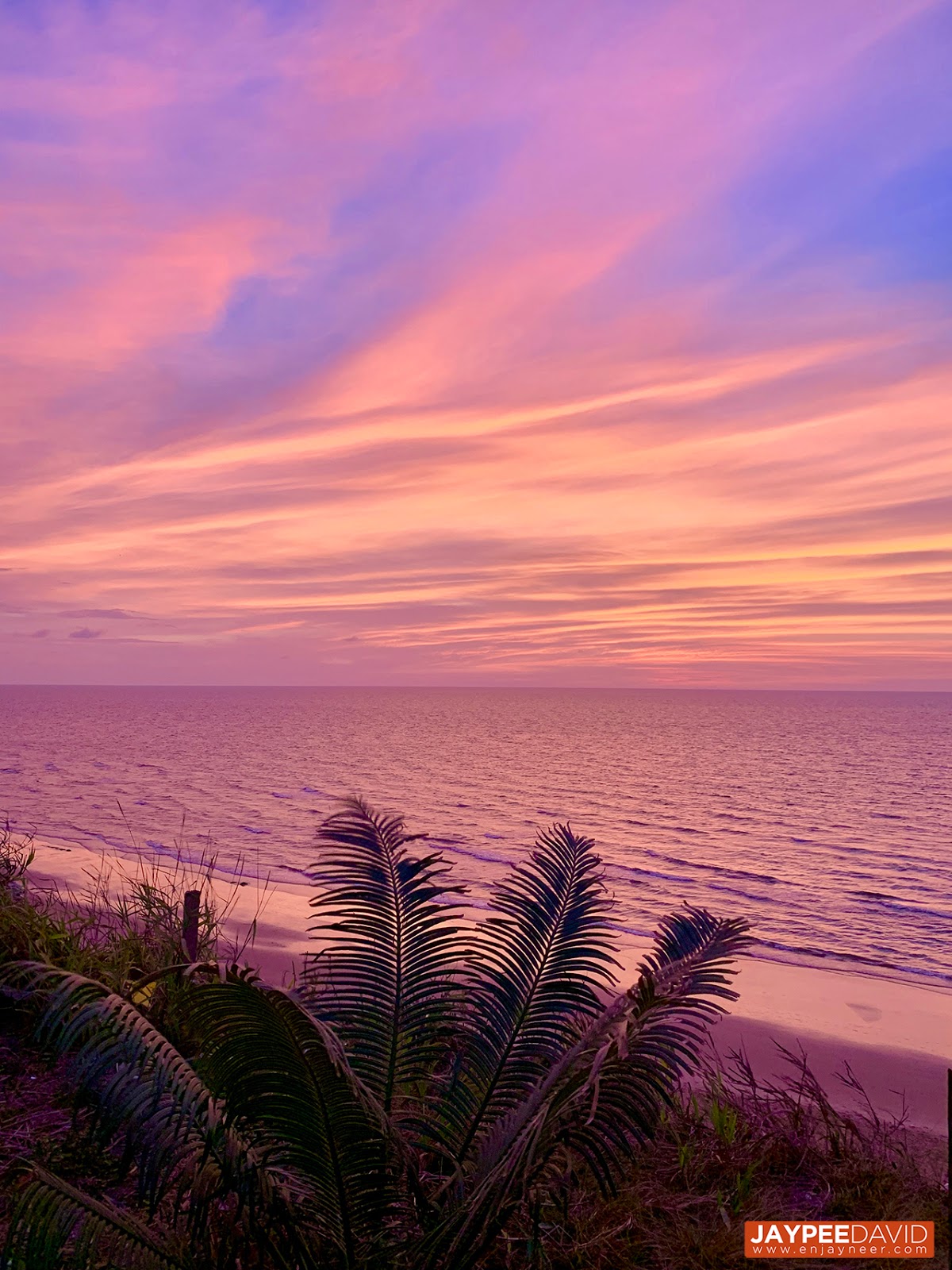 We stayed in a guesthouse called Villa Dapap, where everything from accommodation, tours to chauffeur services were arranged seamlessly. They offer comfortable accommodations in both Brunei and Miri.

In fact, Villa Dapap was recognized with a 2018 Best Hostel in Brunei award from Hostel World.

You may contact Bel to get a quote:
They do custom tours, by the way! 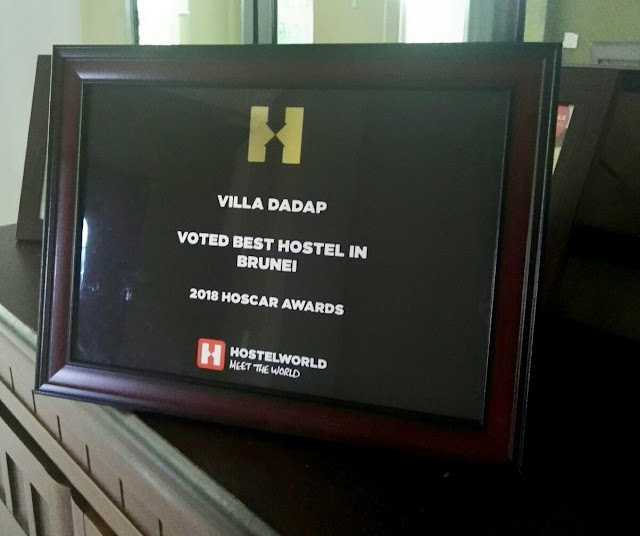